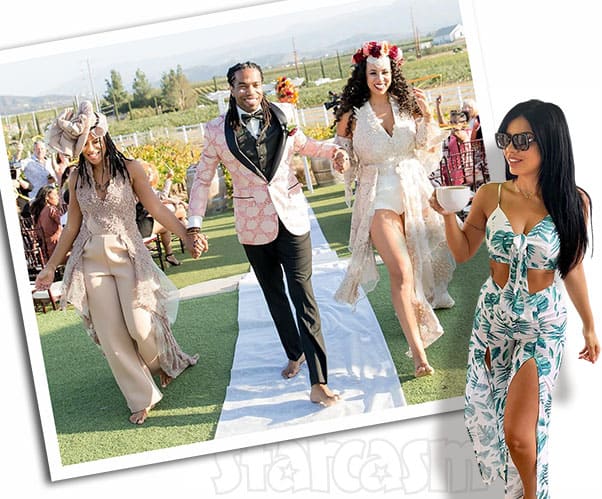 TLC recently announced that their popular polygamy dating reality series Seeking Sister Wife will be returning later this month, and producers have taken a page from the 90 Day Fiance playbook!

The new season will premiere on Sunday, February 28 at 9/8c. It will include two returning families, as well as three brand new families.

“Explore the lives of five polygamist families, all in various stages of trying to add a sister wife to the nest,” the release reads. “With two returning families and three brand new couples looking for love, Seeking Sister Wife returns, noisier than ever.”

More from TLC, including the 90 Day Fiance tease:

From a 90 Day twist featuring a Brazilian bombshell and a divorce, to an explosive live-in battle of the hearts, all in the midst of a quarantine, this season is offering a wildly unfiltered and compelling look into these families’ ups and downs as they date in this arguably unconventional world.

Some fans online are wondering if the tease means that an actual 90 Day Fiance cast member might be on the new season, like Colt Johnson’s ex-wife Larissa dos Santos Lima. I think she would be the only female cast member from Brazil who is currently eligible? (Divorced 90 Day Fiance Season 2 star Cassia Tavarez is currently in a monogamous relationship with a man, and therefore wouldn’t be a possibility.)

I’m assuming that the tease merely means that one of the prospective sister wives is from Brazil, not that she was on one of the 90 Day Fiance shows. It’s hard to imagine that an actual cast member filming for Seeking Sister Wife would have slipped under the radar of all the diligent 90 Daytectives out there!

TLC has not revealed which two families will be returning to the show. It’s assumed that the Snowdens will appear on each and every season from here until eternity (without ever finding a permanent sister wife of course).

As fans of the show are well aware, Bernie McGee passed away in June of 2019. That just leaves the Winders and the Alldredges.

The Alldredges have added another wife, and she is going through a contentious custody battle after divorcing her first husband, so that certainly seems to fit.

The Winders would also have a compelling story as Colton Winder’s second wife Sophie Winder gave birth to a baby boy last year after struggling with fertility issues.

#SeekingSisterWife CONGRATULATIONS to @TheWinderFamily as Sophie Winder gives birth to a baby boy! See the family's announcement with photos of Ephraim! Plus, Sophie shares her fertility struggles over the years, including a miscarriage. https://t.co/duqI4ym5sw

Of course, the press release merely states that there will be two returning families — it doesn’t specify which season they are returning from. That would leave the door open for the return of show OGs the Briney family. In case you missed it, April Briney surprised the family when she unexpectedly packed up her six children and ran off to another state. She and her husband of 20 years, Drew Briney, would later officially divorce.

Get an update on former #SeekingSisterWife star April Briney, who surprised EVERYONE when she unexpectedly packed up her 6 children and left her husband of 20 years, Drew Briney, last May. The couple would finalize their divorce less than 2 months later. https://t.co/eSIVFTH4uM

We will be keeping our eyes and ears open for any information on the new and returning cast, as well as any sort of preview trailer. Stay tuned!