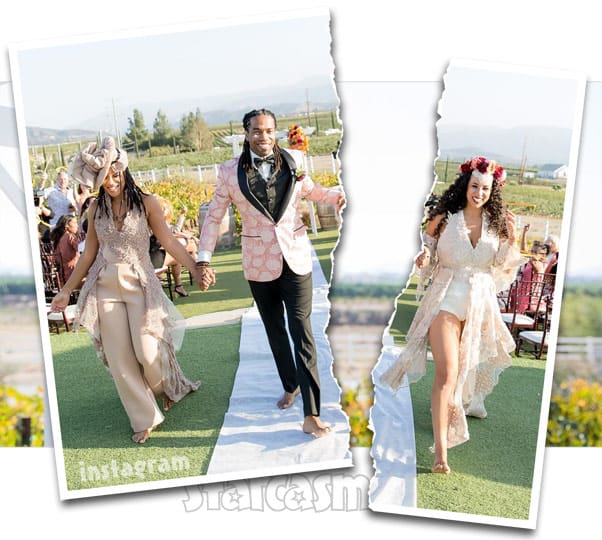 Sundays night’s Seeking Sister Wife Season 2 Tell All was just as dramatic as expected as the Alldredges, Snowdens, McGees, and Winders all met for the first time. But, perhaps the most dramatic and shocking moment of all came after the credits rolled as viewers were shown a simple text update that read: “Since the taping of this Tell All, Vanessa has separated from Dmitri and Ashley Snowden.”

Vanessa, Dimitri, and Ashley confirmed the separation with statements soon after the episode aired, included in their entirety below. Dimitri and Ashley issued a joint statement in which they expressed their sadness over Vanessa’s decision to leave. “We know that it’s not polygamy to blame,” they emphasize, “as one doesn’t blame monogamy when things don’t work out.”

“We wish Vanessa nothing but peace and happiness along her personal journey,” the couple’s statement adds, “and ask that you do the same, for her, and for us.”

Dimitri posted a photo of Vanessa’s abandoned ring and anklet — we have added a quote from the Snowden family’s statement: 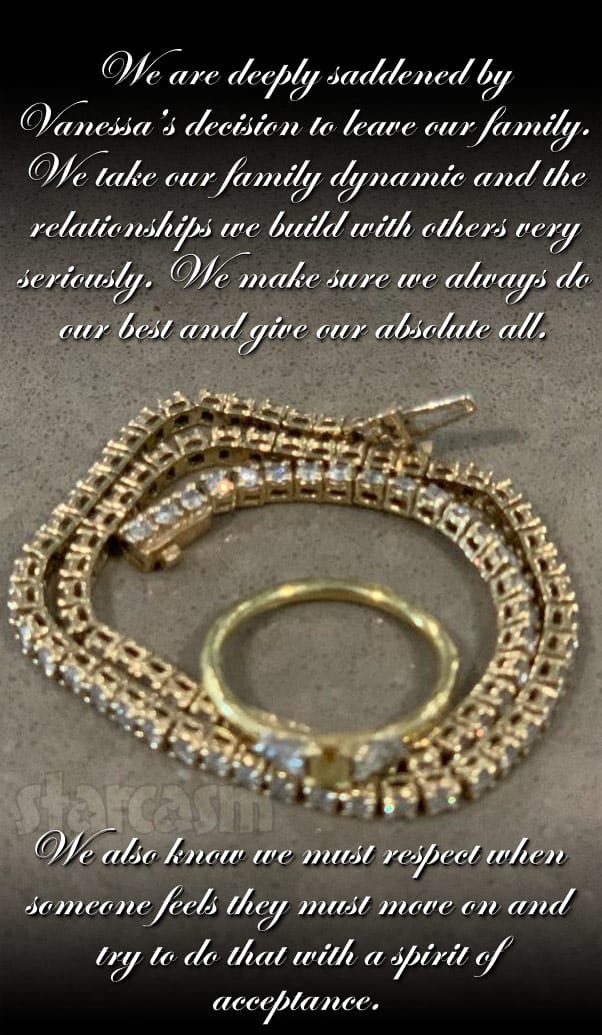 In Vanessa’s statement, she also makes it a point to not blame polygamy for the failed relationship. “I still believe that polygamy can be, and is, a beautiful thing,” she writes. “I was ignoring my inner guidance which was telling me that I do not belong with them in the capacity that they need me to,” she explains. “I now know that just because you love someone (or a family), does not necessarily mean that you are meant to be with them. Sometimes their long-established dynamic is not aligned with your own personal growth and path forward.”

The Snowden family has received a lot of criticism from viewers who believed they were just faking their relationships for the show. Given the timing of the separation announcement, there were numerous comments saying that it confirmed speculation that their story wasn’t real.

“You are entitled to your feelings but you truly have no idea,” Ashley writes in response to one comment accusing them of being fake. “Anybody who agrees to be on TV, obviously doesn’t mind being on TV,” she continues. “That doesn’t mean that our relationship was fake. It was very real. Relationships don’t work out for many reasons. We are just not at liberty to discuss any of those reasons at this time. I can see though that you and others are committed to believing what you want to believe though so it really doesn’t matter what I say.”

VANESSA LEFT THE SNOWDENS AND AMERICA

The swirling fraud rumors have made the separation extra difficult for Vanessa, and she reveals that her “path forward” includes a stop in Australia. “Thanks for the love and support,” Vanessa captioned a beach photo posted late Sunday night on Instagram. “I am taking time to be with my sister in Australia.” The photo was tagged as Perth, Western Australia.

Vanessa iterates that she is trying to remain positive despite the negativity in another comment. “It’s really hard not to focus on all of the horrible things being said about me but I just want to truly thank everyone who is sending me and the Snowdens love and light right now ❤️❤️❤️”

After some deep soul searching, I have decided to part ways with the Snowdens. I love Ashley, Dimitri, and the children so much, and will continue to do so always. However, my love and commitment to them overshadowed my love and commitment to myself. I was not being truly honest with myself until recently. I was ignoring my inner guidance which was telling me that I do not belong with them in the capacity that they need me to.

I now know that just because you love someone (or a family), does not necessarily mean that you are meant to be with them. Sometimes their long-established dynamic is not aligned with your own personal growth and path forward.

Thank you to all who have supported us on this journey. Our love and life together was very real. I still believe that polygamy can be, and is, a beautiful thing. Love who you want to and love out loud and proud. I wish Ashley, Dimitri, and the children nothing but love and happiness, and I know they wish me the same. 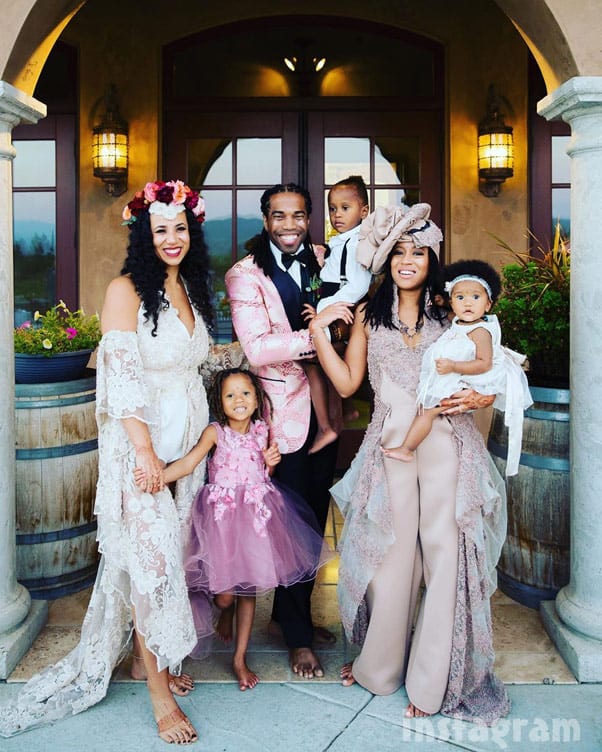 We are deeply saddened by Vanessa’s decision to leave our family. We take our family dynamic and the relationships we build with others very seriously. We make sure we always do our best and give our absolute all. We also know we must respect when someone feels they must move on and try to do that with a spirit of acceptance.

While we had an incredible, loving year together with Vanessa, it is important for us to take the time necessary to heal from this divorce, extracting the lessons and the blessings from this experience and use them as the strength we need to continue moving forward with our dream to create a beautiful, like-minded Snowden family tribe.

We know that it’s not polygamy to blame, as one doesn’t blame monogamy when things don’t work out. Compatibility, aligned values, and joy from everyone involved are most important in any relationship construct.

We wish Vanessa nothing but peace and happiness along her personal journey, and ask that you do the same, for her, and for us.

We truly thank you (our fans and critics) for the time our amazing journey has occupied on your screens, hearts, minds and blogs.

We will continue to live this journey out loud in search for our sister wife(s) when the time is right, because we know the women we are looking for, are also looking for us.

Did Tamra Barney and Simon Barney get a divorce? See the documents!