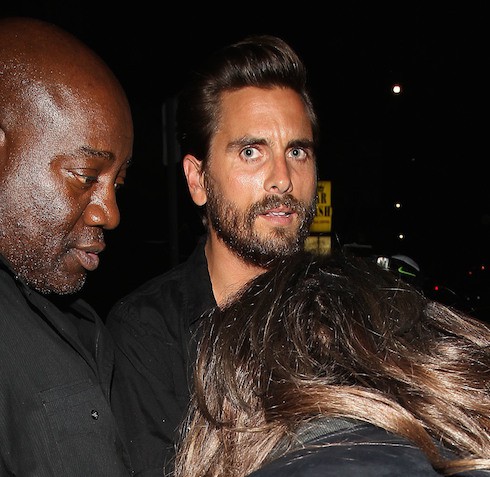 The latest Scott Disick rumors do not paint a pretty picture for the former Keeping Up With The Kardashians star. Despite numerous reports that Scott was back on the right track following his fourth stint in rehab, the latest updates show Scott in danger of losing everything he’d worked to regain–including estranged partner Kourtney Kardashian’s faith in him.

It looked like Scott was getting back with Kourtney–and back into her family’s good graces–as recently as late November, when she appeared to take him in following a successful family Thanksgiving. Even Kris Jenner welcomed Scott back, telling him that he was a member of the family. And, back then, the Scott Disick rumors centered around the possibility that he and Kourtney would conceive baby number four together–possibly as early as this Christmas.

Since then, though it’s been a string of bad luck and troubles for the embattled beard grower. First, Scott was allegedly banned from seeing Kim and Kanye’s newborn child Saint West; second, Kourtney dropped the news that she was “definitely” not back with Scott, before proceeding to acknowledge that she’s been “casually hooking up” with 21-year-old Justin Bieber for several months. 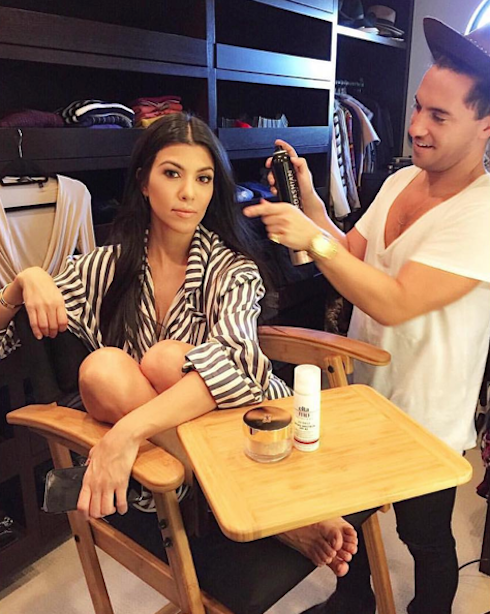 Now, according to the very latest Scott Disick rumors and verified reports, the 32-year-old might have reverted to his partying ways–mere weeks after getting a fresh start thanks to rehab. Scott has been seen “partying” at assorted L.A. hotspots several nights this week, and, in the words of one insider, has been “hiding his drinking from Kourtney.” A Daily Mail report brought forth even worse claims: Scott “held court” until four o’ clock in the morning at a recent house party, and was “a total mess….At one point, he even pushed his crotch into a girl’s face.”

In addition, Disick is under increasingly intense fire for his decision to spend New Year’s Eve at a Las Vegas bar. Shortly after leaving his Malibu treatment center this past autumn, one of the stranger Scott Disick rumors of the time was confirmed when Disick announced he would be making a paid appearance at 1OAK for New Year’s Eve:

Vegas I’m back @1OAKLV for #NYE2016! Enter to win a free VIP trip to meet me: bit.ly/ScottDisickNYE

Many observers thought the Scott Disick update was a joke or an outright mistake–but Disick doubled down on his post-rehab work with a follow-up just this week:

Vegas get ready for NYE 2016 at @1OAKLV with me! For tickets: bit.ly/scottdisicknye

Since the initial announcement, Scott’s followers on social media have reacted with intense scorn to the thought of a four-time-rehabbed father of three gallivanting about near an open bar instead of ringing in the New Year with his family. Here’s a small sampling of Twitter’s reaction:

dumped for partying and newly out of rehab, scott disick is ALREADY promoting a club appearance on NYE… i don’t get it

Disick himself has yet to address the concerns of his nearly six million Twitter followers.