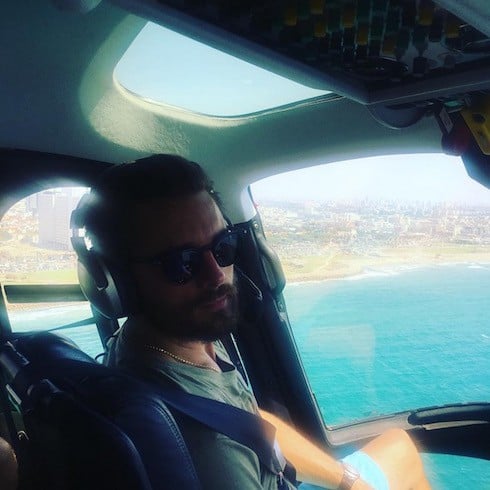 It seems the months-long battle between Kourtney Kardashian and estranged partner Scott Disick may have finally come to a head. The former couple’s PR reps have been working the tabloids overtime of late, thanks to Kourtney’s reported cold fury over Scott’s philandering ways at Cannes. Nor has Scott’s girlfriend-a-day pace hasn’t slackened since then: he was allegedly supposed to come back to LA, but decided he’d rather head back toward London and check out the scene there instead.

But, in light of the news that the Kardashians are supposedly done with Scott, he’s launched a final offensive against the family. According to a new feature in In Touch, Scott Disick’s tell-all memoir will “take down” the family once and for all–by letting all the Kardashian skeletons out of the closet. The feature contains the year’s best individual quote related to Scott Disick: “He’s getting up to do a completely [sic] takedown of the Kardashians,” said the magazine’s insider. “[Scott’s] been compiling a 10-year dossier on the family. It includes the dirty tactics Kourtney, Kim, Khloé, and mom Kris Jenner use against their enemies, how scripted the drama on Keeping Up With the Kardashians really is, and the women’s innermost secrets.”

There’s plenty to unpack in that quote, but, in 2017, its use of the word “dossier” is particularly inspired. The last time “dossier” was in the the public conversation, it described an alleged treasure trove of Donald Trump piss videos that the Russians were dangling over the president-elect’s head. (So to speak.) The thought of Scott Disick spending a full decade compiling Kardashian secrets with the meticulous care of Vladimir Putin’s top secret agents is a fun one, to say the least. 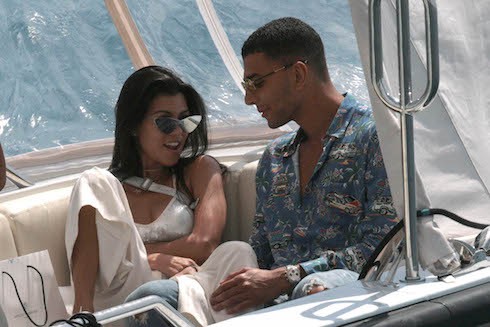 Which is probably why Kourtney–seen above with her boyfriend Younes Bendjima, a Grecian statue come to life for her enjoyment–isn’t really sweating Scott’s threats. For one thing, she know that he’s not exactly a credible source. For another, Scott’s threatened to do this before, and nothing came of it. (Nor was he the first scorned Kardashian boyfriend to threaten a tell-all and be met with pure, undistilled silence.)

But mostly? It just sounds like Kourtney is done with Scott–or, as done as she can be with the father of her three children. Shortly after In Touch’s story went live, ET countered with an exclusive from Kourtney’s corner, one that claims outright she’s completely bothered by all of Scott’s wild antics and threats. “The endless [number] of blonde women coming through the door isn’t anything new,” ET’s source. “None of it is Kourtney’s business….There’s no malice between [Kourtney and Scott]. They’re not together. Kourtney is not losing any sleep over Scott’s behavior.”