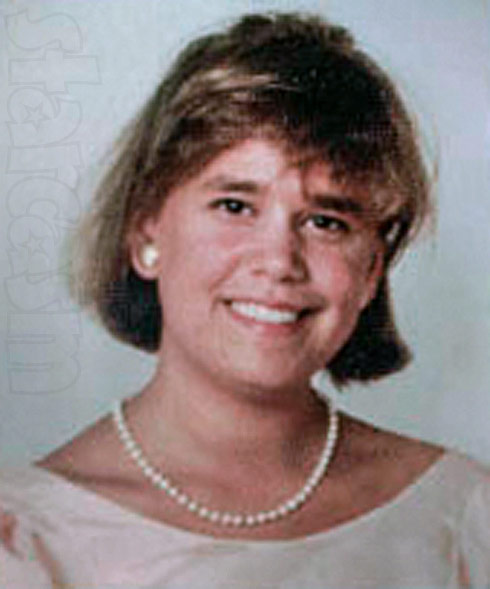 Discovery Channel will be getting into the popular true crime genre with the documentary series Killing Fields premiering January 5. The series looks to be a mixture of Serial and True Detective, and it focuses on the recently reopened unsolved murder case of Eugenie Boisfontaine: a Baton Rouge, Louisiana graduate student who went missing in 1997, and whose decomposing body was found months later in a bayou near a bar.

The original officer assigned to the case was now-retired detective Rodie Sanchez, who reveals in the premiere episode that he never could get Eugenie’s unsolved murder out of his head, and that he kept a photo of her by his desk as a daily reminder. 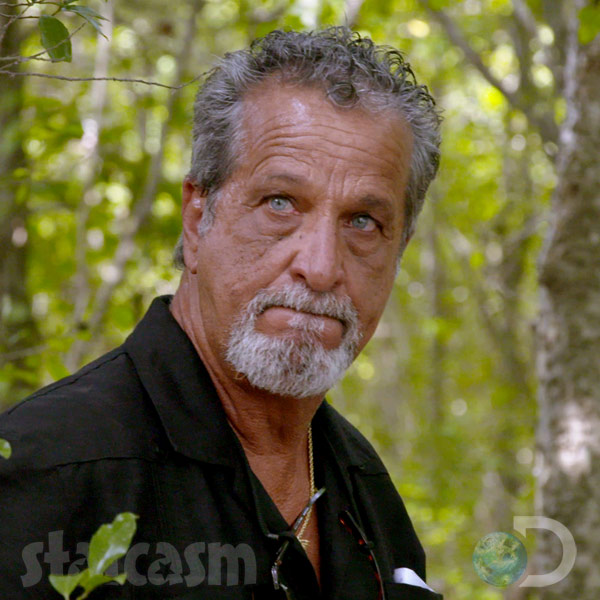 Rodie (photo above) comes out of retirement when the case is reopened, and he teams up with “young hot-shot detective” Aubrey St. Angelo (and the rest of the Iberville Parish Sheriff’s office) to try to crack the case using modern advancements in forensic science and DNA analysis. Of course, none of those advancements are a substitute for good old-fashioned police work, and Brodie and Aubrey do a LOT of that as well.

So: what do we know about the murder of Eugenie Boisfontaine? There is surprisingly little information online, but I did manage to track down a book titled Blood Bath by Susan Mustafa that includes a great synopsis of the case.

The book, originally titled I’ve Been Watching You: The South Louisiana Serial Killer, is about Louisiana serial killer Derrick Todd Lee, who has been linked to the murder of five women in Baton Rouge–though many speculate the actual number is as high as seventeen. What does Derrick Todd Lee have to do with Eugenie Boisfontaine? More on that later. First, here is a summary of what we know about her disappearance and murder:

34-year-old divorcee Eugenie Boisfontaine was a graduate student at Louisiana State University in Baton Rouge. She lived in a garage apartment off of Stanford Avenue, which was across the lake from the LSU campus. According to friends and family, Eugenie used to occasionally take walks around the lake, and it is possible that it was during one of those walks that she was abducted.

On June 14, 1997, Eugenie’s credit cards were found by a visiting professor who was jogging on the lake path. The professor turned her credit cards over to security, and they were placed in a basket and left at Eugenie’s front door.

The basket was discovered by Eugenie’s family, who had come to Baton Rouge to check on her after not hearing from her. After seeing the cards, Eugenie’s family reported her disappearance to police and hired a private investigator, the latter of whom later found Eugenie’s keys by the lake.

The theory that Eugenie was taken while walking around the lake was reinforced by the fact that there were no signs of forced entry at her apartment, and her car was parked in her driveway. 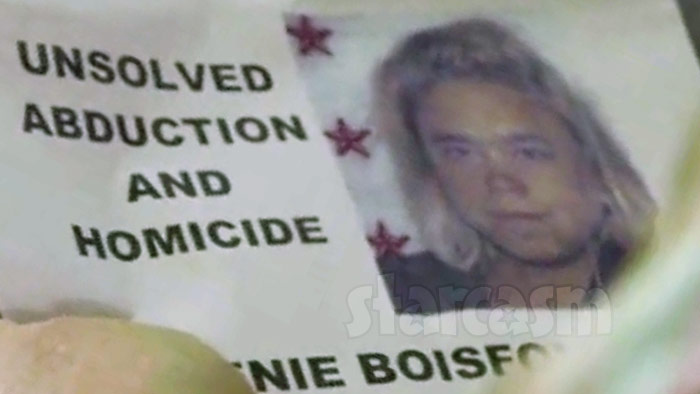 It was nearly two months later before there was any new information on the case, and that information was a confirmation of everyone’s worst fears. On August 7, a woman walking her dogs along an alley near the Alligator Bayou Bar found Eugenie’s decomposed body in a bayou, partially hidden under a tire. Dental records confirmed the body was that of Eugenie Boisfontaine. Evidence showed she had died from blunt force trauma to the head.

Eugenie’s sister, Susan Edwards, tells the author that she was not happy at all with how the crime scene was handled:

It was really awful. I begged police to do something about DNA, to stake off the area, anything. I thought they might be able to find who did this by the DNA that was found. Joe Freeman, the coroner in Iberville Parish, told me they didn’t even have the money to buy body bags. Joe Freeman was a nightmare. He was so rude, and nothing was ever done.

The only viable piece of evidence detectives had to work with was a pair of “shredded” black panties found wrapped around Eugenie’s left leg. The panties were sent off to the Louisiana State Police Crime Lab to be tested, but they were misplaced and remained lost for years.

Dannie Mixon, who worked in the attorney general’s office at the time, denies claims that coroner Joe Freeman lost the evidence. “The state police tried to say that Joe Freeman lost them,” Dannie says, “but they were found by a police officer, Chris Romero, in a refrigerator in the police crime lab a few years later.” 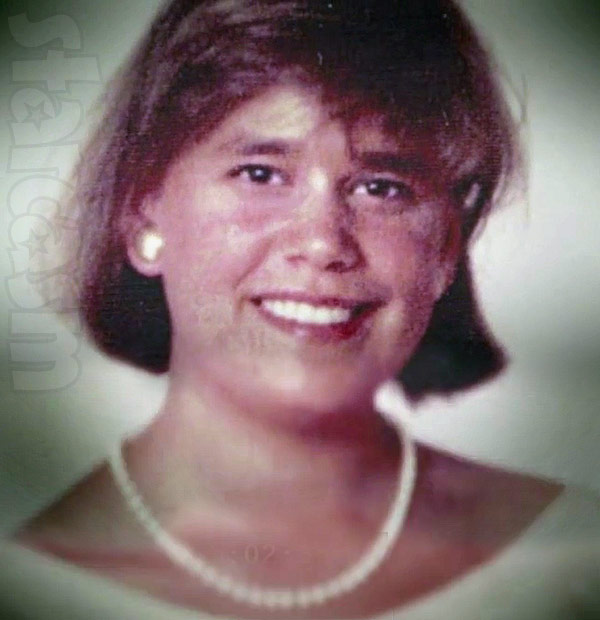 In 2002, two more women were found murdered, and the crimes were linked together by DNA evidence. Another link between the two new victims was that they both lived on Stanford Avenue–the same street that Eugenie lived on when she disappeared. 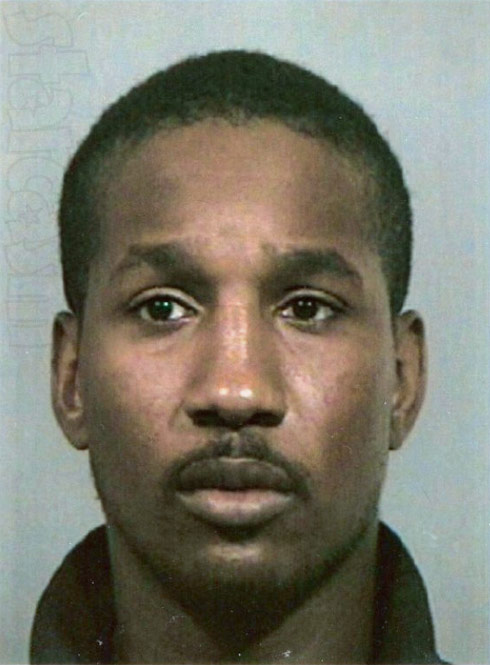 Although no hard evidence  (aside from the street address) connected Derrick Todd Lee to Eugenie Boisfontaine, author Susan Mustafa does an amazing job of putting together the circumstantial evidence that suggests a plausible connection:

Todd was working in the vicinity of where Eugenie’s body was found in the days prior to her disappearance. As a driver for Louisiana Ready Mix, Todd delivered cement over a large geographic area around Baton Rouge. Several times in the weeks before Eugenie’s murder, Todd picked up deliveries of cement on Highway 30 in the towns of Prairieville and Gonzales in Ascension Parish. Highway 30 crosses Bayou Manchae. Eugenie was found on the east side of the Mississippi River, near Prairieville. Todd was known to enjoy hanging out at bars after work, so it is not inconceivable that he would have made his way to the Alligator Bayou Bar while working in the area. On June 12, Todd picked up a delivery in Prairieville from a company called Lonestar, but he did not show up for work on June 13, the day Eugenie disappeared.

After Todd’s capture, several men who had been building a fence near Eugenie’s residence in the week she disappeared reported seeing a man who looked like the man they had seen in news reports prowling around in her backyard when they returned from lunch.

As I mentioned, all of this was purely circumstantial.

However, in late 2005, the DNA from the panties found on Eugenie’s body were analyzed by ReliaGene Technologies, Inc., and their preliminary findings were that the DNA did not match that of Derrick Todd Lee.

Louisiana’s WAFB did an article earlier this year about the reopening of the Eugenie Boisfontaine murder case and Discovery Channel’s involvement:

The Iberville Parish Sheriff’s Office has teamed up with the Discovery Channel, which has opened the door to new resources like sonar and advanced DNA testing. In turn, the case will be featured in an upcoming new television series.

Investigators have also returned to the case’s roots, interviewing old witnesses and approaching the investigation with a fresh perspective. Stassi said the latest interviews have produced some promising leads and at least one name they are looking into.

“We’ve picked up some new leads,” Sheriff Brett Stassi said at the time. “We’ve developed some new evidence that wasn’t available at the original autopsy. We’re moving forward with that information.”

To find out the final conclusion of the investigation (I hope!), be sure to tune in to Killing Fields, premiering Tuesday, January 5 at 10/9c on Discovery Channel.