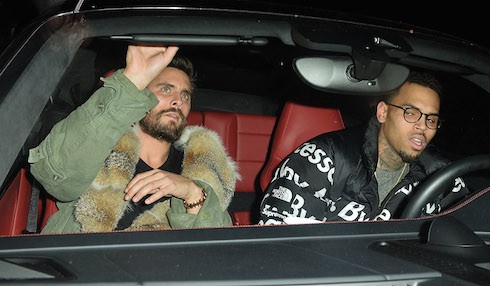 The Scott Disick gay rumors have started up again, thanks to an intriguing new take on the ongoing drama between Disick and estranged partner Kourtney Kardashian. According to at least one new report, Scott’s been sticking the pledge he made to Kourtney about not sleeping around with ladies he meets at his assorted club appearances…because he’s been getting his kicks from gentlemen, instead.

Scott’s taken a great deal of flak from fans and detractors alike for his committment to paid appearances at Las Vegas bar 1OAK, even though he’s two-and-a-half months removed from a successful fourth stint in rehab. One of the ways he was able to get Kourtney Kardashian on board–however grudgingly–is apparently a double-edged promise: no alcohol, and no fooling around. And, though there have been rumors that Disick has relapsed, most reports from his clubbing nights out state that he’s always got a glass of water in his hand.

Scott’s also said to be keeping his pledge regarding women–or, at least, he was while being babysat by Kourtney’s “trusted” ally Chris Brown at the Hollywood strip Ace Of Diamonds earlier this week. At least one publication, though, believes that the strip club outing was just a beard for the Scott Disick gay rumors, and that Scott’s been deploying fine print logic in order to get down with a rotating crew of men. 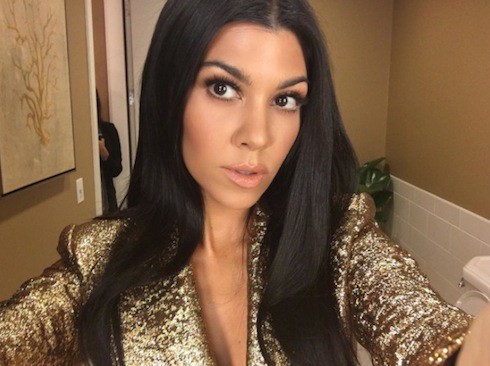 The report is partly tongue-in-cheek…but only partly. And lending unwitting credence to the allegation is the recent People publication of an entire Scott Disick and Chris Brown “friendship timeline.” That friendship includes Disick’s widely panned appearance in the video for Brown’s track “Picture Me Rollin;” Disick’s role is comic relief: he’s there “to crack a bunch of jokes about women sitting on the hoods of cars […] and defend Brown when a man threatens him.”

Further emphasizing the overall possibility is the subtext to Kourtney Kardashian’s recent declaration that Scott Disick “needs to make a choice” about the pair’s relationship. The way Kourtney sees it, “It’s really about [Scott] just deciding what kind of life he wants to live.” Whether Kourtney was referring to Scott’s partying lifestyle and potentially unclear dedication to the three children they share or to something else is unclear, though multiple outlets have speculated as to the precise nature of her statement.

Are John Corbett and Bo Derek getting married?

Will Khloe Kardashian have the family’s second pregnancy announcement of the year?