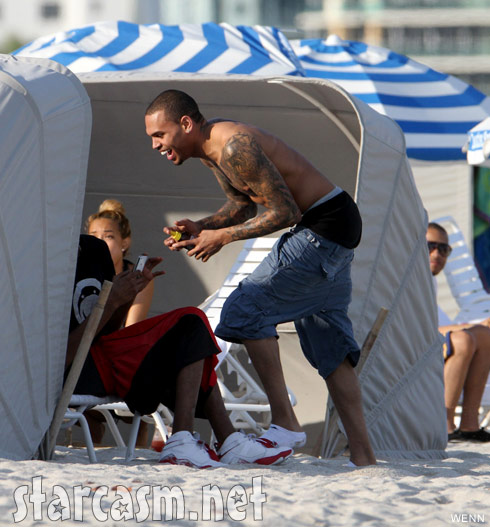 Singer Chris Brown let his temper and inflated sense of self-importance get the best of him again as he reportedly snatched a female fan’s cell phone after leaving a Miami Beach club early Sunday morning, telling her, “B!tch, you ain’t going to put that on no website.”

According to the Miami Beach police incident report, Crhis Brown and rapper Tyga were leaving Cameo nightclub on Miami Beach on February 19 when 24-year-old fan Christal Spann followed them out and snapped a picture with her iPhone as the two singers were sitting in a black Bentley.

That’s when Spann says Brown reached through the window, grabbed her phone, and made the statement about her not putting it on a website.

UPDATE – Here’s a photo of Chris Brown at Cameo on February 19th! We’re definitely a website so it brings me a little bit of joy knowing Brown’s alleged illegal actions were for naught. 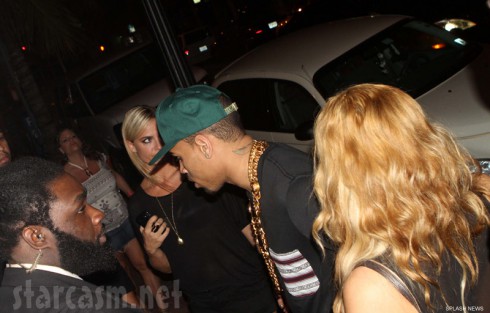 The report says Brown then rolled up his window and drove west on Espanola Way, and north on Washington Avenue.

Miami Beach Police responded to the incident at 4:43 a.m and would list the incident as a “robbery by sudden snatching,” which is a felony.

According to NBC Miami the state attorney’s office is preparing an arrest warrant for Chris Brown. The iPhone is valued at $500. Tyga was not implicated in the crime.

As you may know, Chris Brown is still on probation for assault charges stemming from his brutal attack of then-girlfriend Rihanna in 2009. If authorities press this issue, Brown could be in a heap of stink. I just can’t imagine that is worth the price of not having a photo of you sitting in a Bentley being put on a website.