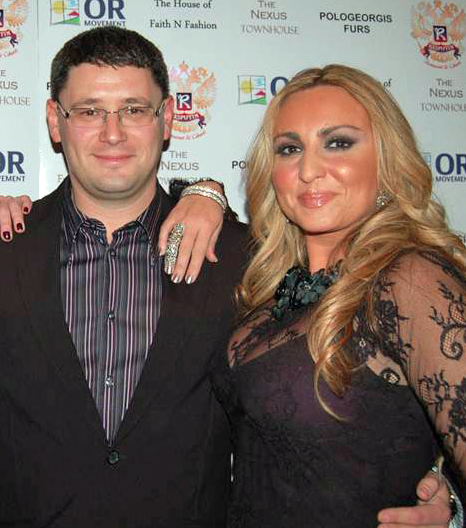 Russian Dolls, a reality series set in Brooklyn’s Brighton Beach, premieres tonight on Lifetime @ 10:30 p.m., and it features an interesting lot of Russian families. Apparently there was an uproar in the Russian community, when the show’s casting advertisements compared the show to Jersey Shore.

From the previews, it looks like the show has more in common with Bravo’s Real Housewives series, because it focuses more on catfights, luxury, and business than drinking, tanning, and smushing. The Levitis Family (Matriarch Eva, her son Michael, and his wife Marina) runs a restaurant and cabaret named Rasputin (named after Russian historical figure whose life is enshrouded in myths and mystery,) and their own life has been touched by scandal this year. This February (2011) Michael Levitis, who is a lawyer, and co-owns the restaurant, pled guilty to lying to FBI officers about his friend state Senator Carl Kruger’s pay-to-play bribery scheme.

He was reportedly used as a go-between to help Sen. Kruger raise money for his campaign in exchange for “official favors.” Levitis denied his involvement in the scheme while talking to undercover FBI agents, but they already had proof to the contrary. In 2009, an informant secretly taped a conversation where Levitis told the informant to pay off Kruger’s chief-of-staff Jason Koppel for assistance with an official business inspection.

He arrested in the summer of 2010, he pled guilty in February, and was sentenced to three years probation and a $15,000 fine. Reportedly Russian Dolls won’t address these issues, but may if the show is renewed.