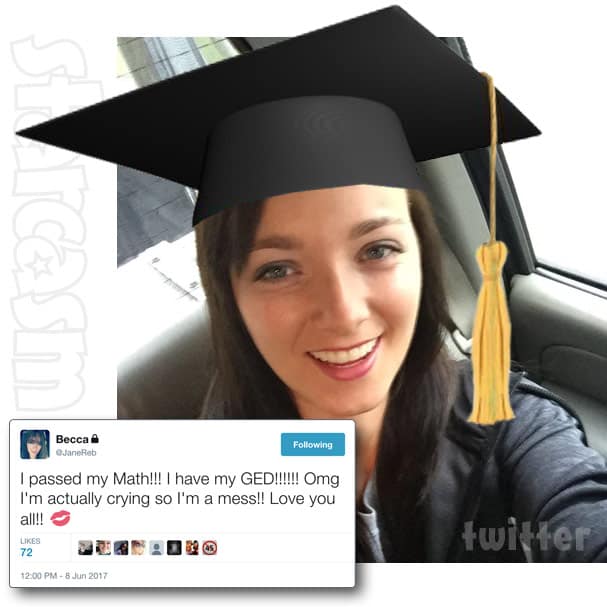 One of the major plot lines of Season 6 of TLC’s Return To Amish was Rebecca Schmucker attempting to get her GED. But the season wrapped with a bit of a cliffhanger, as it was not revealed whether or not she was successful. We reported back in April that Rebecca had passed the Science, Social Studies and Language and Arts portions of the test, and only had Math left to go. Now, we can gladly report that Rebecca has passed the Math portion and officially has her GED!

Rebecca made the joyful announcement on Twitter earlier today, after a series of anxious tweets yesterday leading up to her taking the Math portion for a second time:

Just found out that they never revealed my GED results on the show, I passed Science, Social Studies and Language and Arts on the first try

Tomorrow i am taking my math test for the second time since I failed the first try! If I pass I will have my GED!!!! I’m so nervous!!!

My teacher, Mr. Vickers is so awesome!! He has literally made me love math!! I am so glad I met him and have exceeded all expectations I had

I honestly don’t know how to thank each one of you for the encouragement and wisdom you are sending me!! Y’all are going to make me cry!! ?

TWEETER: The teacher said you didn’t pass when you took it on the show

That was a pretest and I did fail math the first time I took the actual test. I’m taking it again tomorrow!

Today is the big day!! My last GED test!! (MATH) if I pass I will have my GED!! My nerves are shot already and I’m still at home!

That last tweet was accompanied by a video, which I would have embedded but Rebecca’s Twitter account is set to private. In the clip, Rebecca is crying as she thanks everyone who supported her, including her teacher: 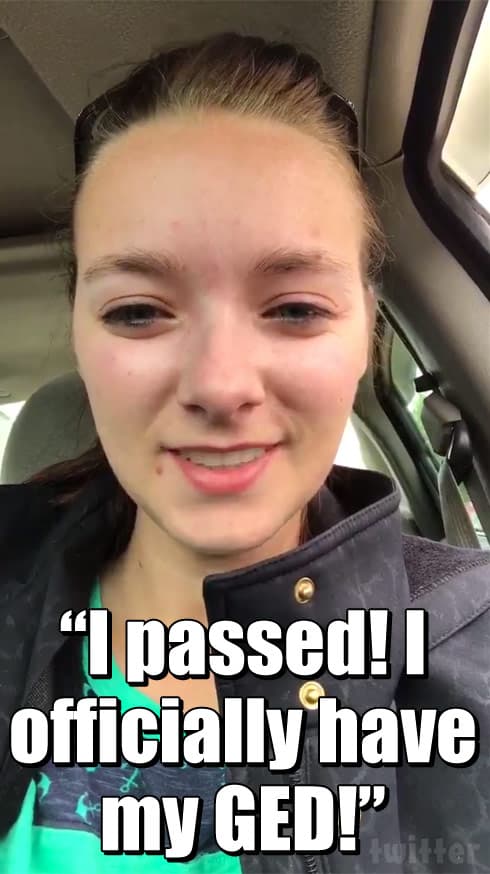 …I for sure did not think I would pass that. But yeah, I just wanted to let y’all know, and I want to say thank you to all of you — every single one of you that were encouraging me, the people that would send me messages and — ALL of you! I love you guys so much! And thank you so much for the encouragement. I did it because of you. I did it because of Mr. Vickers — he deserves all the credit in the world. He’s the best teacher!

I’m just thankful for Abe for supporting me. And he’s been calling me all day asking me how I am. And so…I passed! I officially have my GED!

CONGRATULATIONS to Rebecca! Prioritizing something like getting your GED can be SOOOOO difficult once time has passed and you find yourself with children and a husband who is on the road a lot. Hopefully Rebecca’s story will inspire others to do the same 🙂 Oh, and a HUGE shout out to Mr. Vickers too!

Hmmmm… Perhaps next season Rebecca will look at taking some college classes? 😉