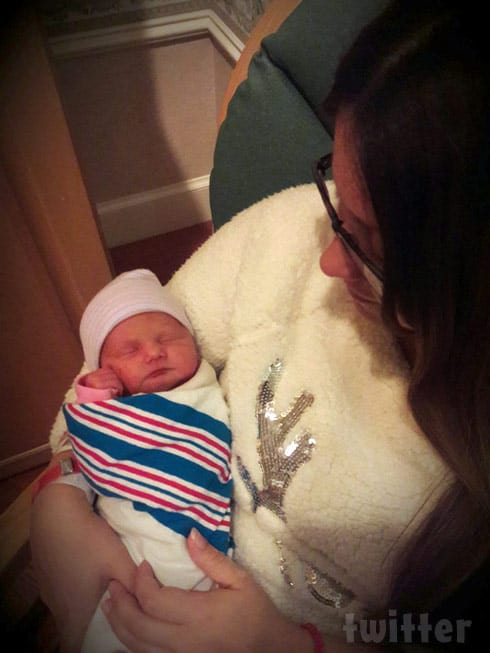 Breaking Amish: Return To Amish star Sabrina High had quite a bit to be thankful for this Thanksgiving as she welcomed her second daughter Arianna Grace at 6:57AM on Thanksgiving morning!

Sabrina shared the news on Twitter earlier this month, along with the photos of Arianna above and below. In addition, Sabrina revealed that Oakely’s little sister weighed 6.5 pounds at birth and measured 19 inches long.

Here’s another photo of Arianna: 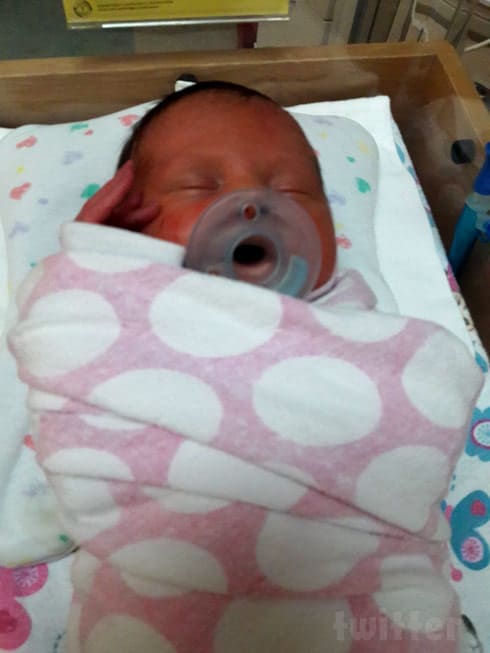 The birth of Arianna comes near the end of what has been a roller coaster year for Sabrina. Early in the year she was focused on her recovery from drug addiction and was eventually able to regain custody of her daughter Oakley in May.

Less than a month after regaining custody of Oakley, Sabrina surprised fans by announcing she was pregnant again. She revealed that the father of her new baby was the same as Oakley’s father, Harry Kreiser III, but that she was no longer with him. (Fans of the show might recall that Sabrina and Harry have a turbulent history together that includes Harry viciously assaulting Sabrina in 2012.)

The most recent season of Return To Amish premiered on July 10 and viewers got to see Sabrina and her co-stars Rebecca and Abe Schmucker have a bitter falling out after the Schmuckers were unwilling to trust her again given her history with drug addiction. In addition, Sabrina had to deal with trolls who had negative things to say about her appearance since the last time she was on the show — something Sabrina addressed on her popular recovery Facebook page in July.

In late August, Sabrina’s life took another tragic turn as a friend of hers died of a heart attack while she was giving him a ride in her car. It’s unclear exactly why, but her friend’s death led to her losing custody of Oakley again. (Many have speculated that his death may have been drug related, and that Sabrina being with a drug user was a violation of her custody arrangement — but that is just speculation.)

Sabrina shared her heartbreak on social media, adding that there was a scheduled court date about the matter on September 7. Soon after that, Sabrina all but abandoned social media. I do not know what happened in regards to Sabrina’s custody of Oakley, but I can only hope it was a positive result and she is back with her mother.

Congratulations Sabrina. I know it’s probably selfish, but I hope you do return to social media to continue to share your insights on recovery and life. I really think it was helping a lot of people — including you! 🙂