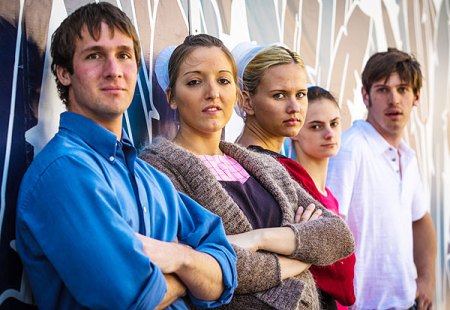 On Breaking Amish: Log Angeles, Devon shows that his mother puts obituary clippings in a photo album instead of photos, and it’s been noted on the original Breaking Amish that just the act of being recorded for television goes against Amish beliefs. Why don’t The Amish allow them selves to appear in photos or video?

Just like all Amish customs and rules, rules about being photographed can vary from community to community, but all Amish have some sort of rules forbidding photography and videography. According to PBC’s documentary The Amish, there are more pictures of Amish children and young adults because in some communities only baptized members are reprimanded for getting their picture taken, though it is still looked down upon for the non-baptized. In some communities they put up with being photographed or filmed from far away, as long as they don’t pose and there are no face-on shots.

RETURN TO AMISH What cult did Jeremiah Raber’s wife Carmela belong to?