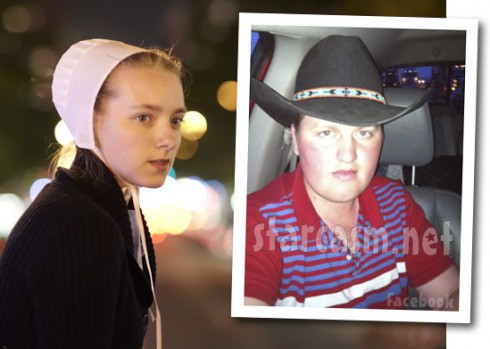 Just when you thought the truth behind the cast of TLC’s Breaking Amish couldn’t get any crazier! It appears that Rebecca was not only already involved with cast mate Abe Schmucker (the two of them reportedly even have a child together) prior to filming, but she ran off with Abe while married to another man!

The story broke when the “Breaking Amish: The Truth” Facebook page was tipped off about online court records that show a Rufus Hostetler of Solen, North Dakota filing for divorce from a Rebecca Jane Byler from Punxsutawney, Pennsylvania in July of 2012. Here’s a screen capture of the Register of Actions: 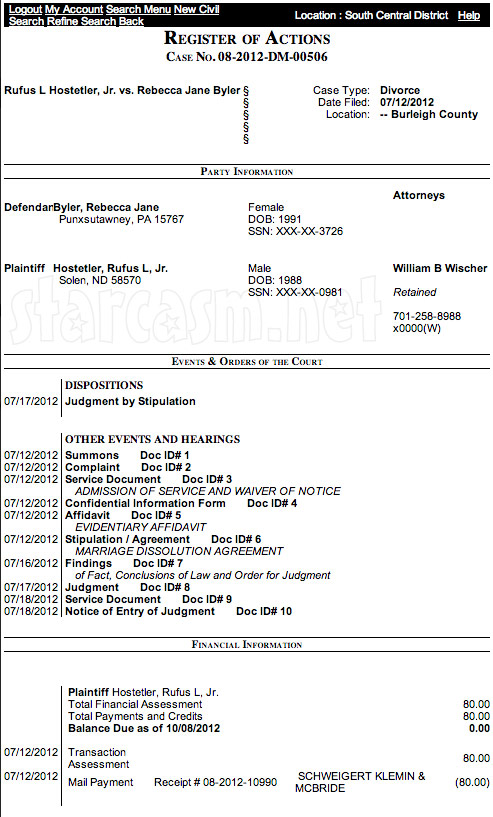 The post garnered a couple comments from people claiming to be friends of Rufus Hostetler’s confirming that this Rebecca Byler was the same as the Rebecca from Breaking Amish.

The Indiana Gazette (of Indiana, Pennsylvania) lists the couple as filing for a marriage license on March 22, 2010. At that time Rufus was listed as being from Rossiter, Pennsylvania and Rebecca was from Glen Campbell, Pennsylvania. (No, the borough wasn’t named after the country singer, it was founded in 1889.)

I tracked down Rufus Hostetler’s Facebook page and found this interesting wall post from October 30, 2010, which would suggest their marriage didn’t last very long:

He then added this comment below, which looks to be a reference to a comment made by someone else that has since been deleted:

According to his profile, Rufus is ex-Amish and currently owns a roofing company in North Dakota. He began dating another woman in August of 2011 and the two appear to be quite happy together. 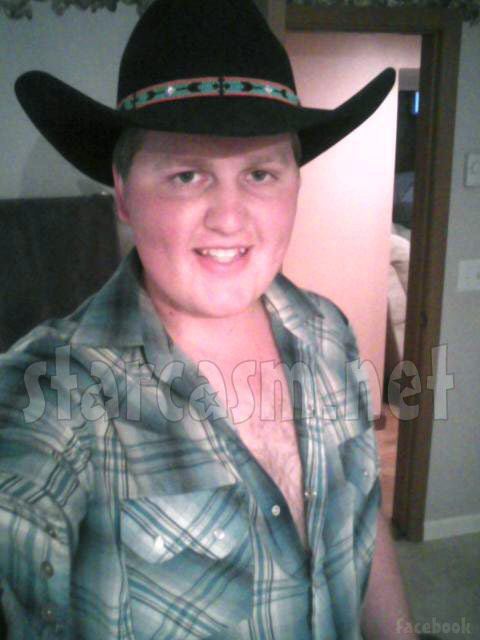 Soooooooo… In summary, Rebecca Byler (now 21) of Breaking Amish was married to now 24-year-old Rufus Hostetler (seen above), a former Amish man currently living in Solen, North Dakota. The two got married after March, 2010 and some time before October of 2010, Rebecca “ran off” with Abe Schmucker and the two reportedly had a child together. (See the photo here.) THEN, Rebecca and Abe cast on a reality show where they pretend to have just left their respective Amish communities and also pretend to fall in love after meeting for the first time in New York City. (You really can’t make this stuff up!)

I’m beginning to wonder why the Hell TLC bothered lying (or misrepresenting) in the first place. These people’s true stories are more entertaining than “just” Amish youths leaving their communities to go to New York City!

For all of our in-depth coverage of the unreality show Breaking Amish (including a bikini photo of Rebecca that must have been taken after she ran off with Abe) just click here!