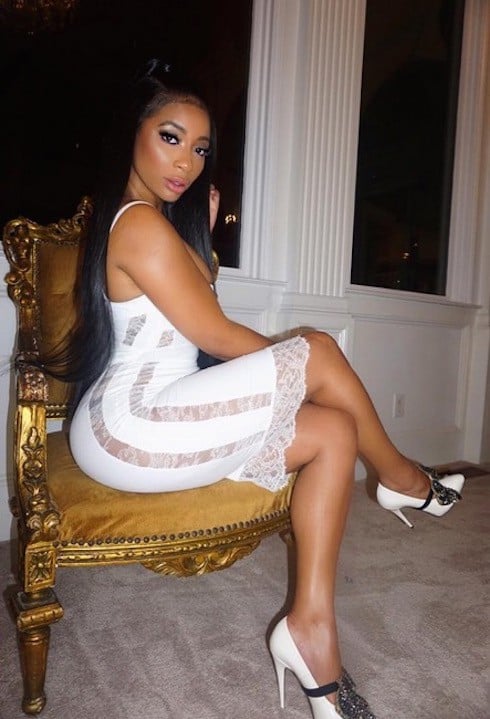 Several new reports claim that Tommie quit LHHATL and her former bestie Karen King was fired by producers following last week’s epic drag-fest, in which Karen allegedly exposed some of the show’s “lies” and its producers were none too pleased. Though neither of those stories have yet been confirmed by VH1, Tommie has reportedly been on thin ice with Love & Hip Hop Atlanta’s producers all season, and was even the subject of a firing rumor several weeks ago when she tried to attack Karlie Redd in a nightclub.

But the rumor that Tommie quit LHHATL breaks down like this. During last Monday’s episode of Love & Hip Hop Atlanta (the May 15th episode, not the just-aired episode from May 22), Tommie got drunk and took to social media to mock Karen’s efforts at helping Tommie curtail her drinking. But Karen exploded at Tommie’s recklessness, and recorded an hour-long Facebook Live event the next day. In it, she dragged Tommie to hell and back, exposing a number of secrets about Tommie’s criminal past and calling her to account for her actions.

But Karen didn’t stop there: she also described what she said were some of the phony tactics LHHATL’s producers used to make the show look and seem real. (You can see the entire hour-long video as part of our detailed report here.)

The fallout from Tommie and Karen’s actions has apparently been swift. Numerous outlets are now reporting that Tommie quit LHHATL, definitely won’t be back for

Karen, meanwhile, claims she was fired from the show via text message and wasn’t invited to the reunion. (That sure sounds like a nice way of saying she’s been banned…) Here’s her full explanation, which she shared via another extended video–though it’s quite a bit shorter than her dragging video:

In the meantime, noted insider account @LHHTea claims the LHHATL Season 6 reunion will be filmed next Wednesday, May 31st, so we don’t have long to wait to see what else goes down:

The #LHHATL season 6 reunion is being taped on Wednesday, May 31st! It's about to get LIT?