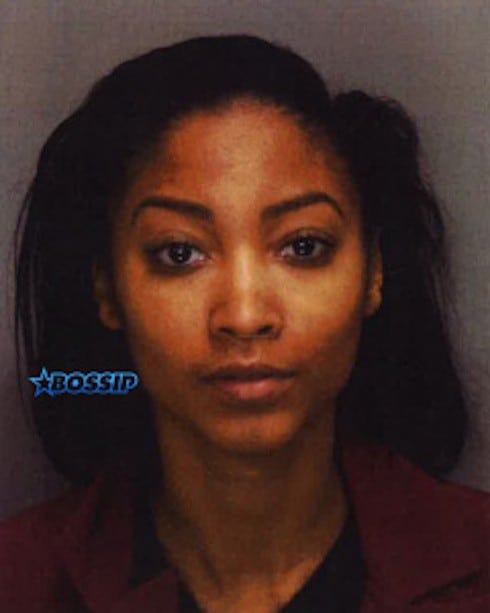 The Jasmine Washington story gets more and more twisted as this season of Love & Hip Hop Atlanta continues. First, it looked like she was one of two new Kirk Frost baby mamas, and that her son Kannon had been fathered by Kirk–something Jasmine has been trying to get a court-ordered paternity test to prove. Then, it emerged that Jasmine might have been lying about Kirk all along, and that Kannon’s real father might be her longtime flame Logan (and that Logan may be slated to spring a surprise appearance on LHHATL this year.)

RELATED: AUDIO Jasmine Washington and Kirk Frost talking about child support payments for the baby they allegedly had together

But naturally, since this is Love & Hip Hop we’re talking about, it was only a matter of time before a Jasmine Washington mugshot or two found its way into headlines. The above snapshot comes courtesy of a Bossip exclusive, which goes on to explain that Jasmine was booked on charges of alleged car thievery back in early 2016.

According to their article, Cobb County GA police put out a warrant for Jasmine’s arrest following one Darnell Sweat’s claim that Jasmine simply took his 2014 BMW MG Grand Coupe–but “didn’t bother giving it back or making any payments on it.” Sweat claimed that Jasmine stole the ride in November 2015; Jasmine turned herself in in February of 2016. 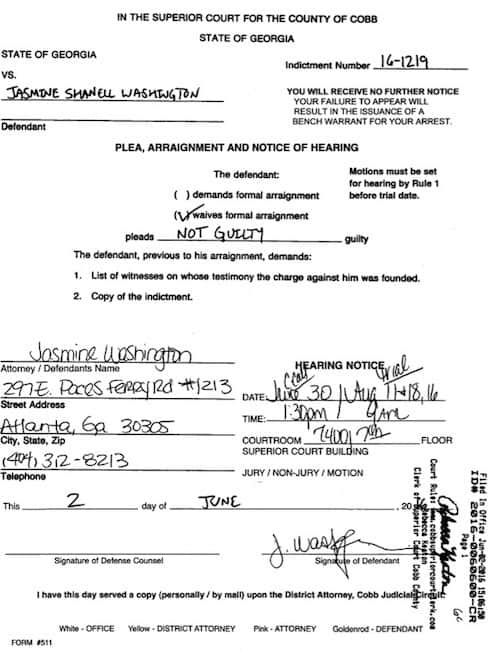 …and, by last summer–after the cameras had begun rolling for LHHATL Season 6–prosecutors dropped the charges against Jasmine, citing a lack of worthwhile evidence. (The same nolle prosequi good fortune befell Lovely Mimi, whose drug trafficking charges were dropped by the state of Maryland shortly after her 2013 arrest.)