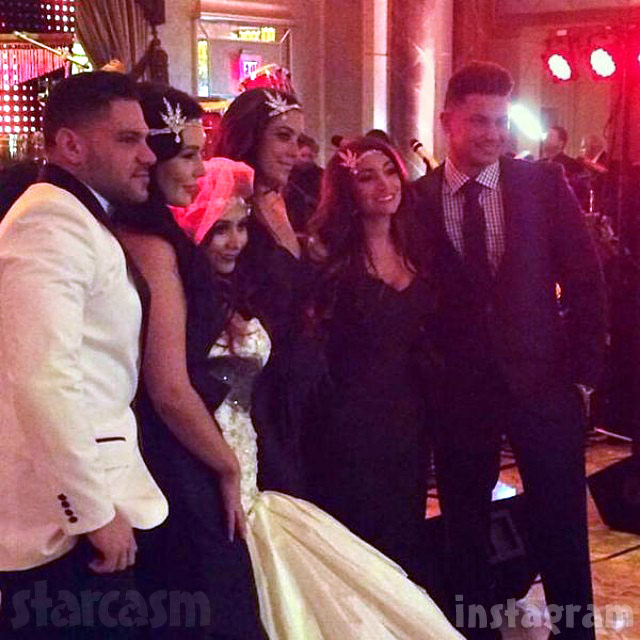 The Snooki and Jionni LaValle wedding photos continue to roll in, and the latest batch features all of Snooki’s Jersey Shore cast mates (except Michael “The Situation” Sorrentino), including a group photo (above) with Snooki, JWoww, Sammi, Ronnie, Pauly D, and Deena together! (I suppose it should be noted that Angelina Pivarnick was also not in the photo.) (I feel dumb because I completely forgot about Vinny! Where was Vinny?!?!)

Before we get to all the guests, let’s kick things off with a couple pictures of Mr. and Mrs. LaValle courtesy of Snooki, including the couple’s first kiss and first dance as husband and wife:

For the best look yet at the bridesmaid dress worn by all the gals we can thank Deena Cortese, who posted this full-length photo on instagram and captioned it simply, “So Gatsby” with a big diamond emoji: 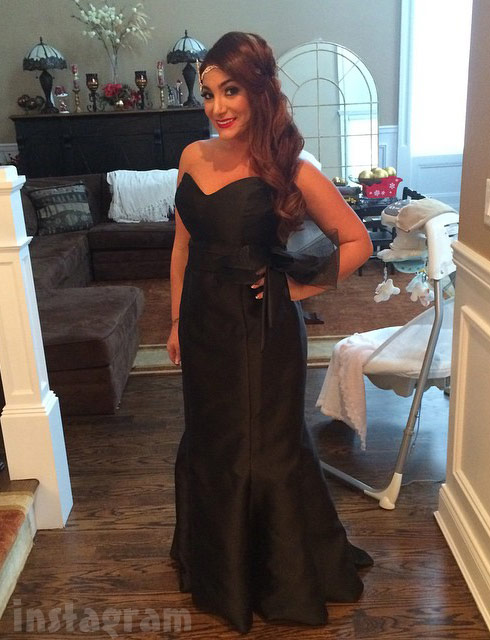 But the gals weren’t the only ones rockin’ the Gatsby style! As you can tell in the top photo, Ronnie Magro arrived rocking a white tux jacket with black pants — and he wasn’t the only one. Check out these great shots of Ronnie and JWoww’s fiance Roger Mathews getting their dapper on:

The only two guys to show up in white. #ThatAkwardMoment pic.twitter.com/ENsLyBps7n

(JWoww also tweeted the photo above and wrote, “My handsome fiancé @RogerMathewsNJ and my baby brother @RealRonnieMagro”)

And here’s just Roger strutting in his Gatsby suit, which was made by Chazmatazz Formalwear: 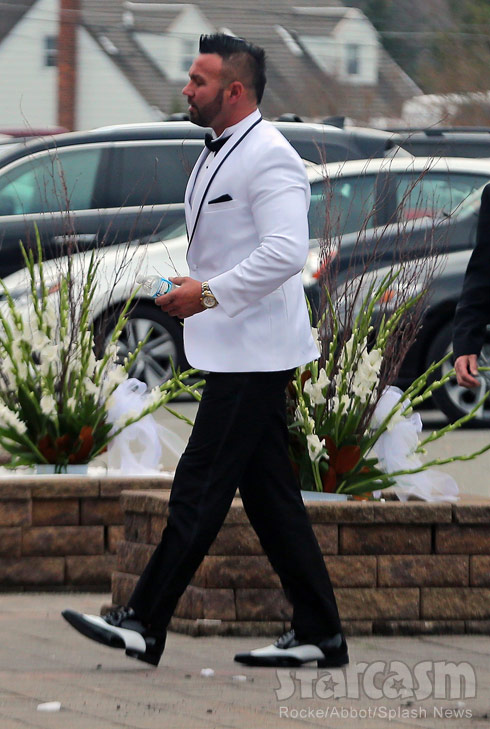 But enough about the guys, right? Let’s see more of the ladies! Here’s a photo of Guidette bridesmaids Sammi and Deena ascending the stairs in their black gowns and bejeweled headbands: 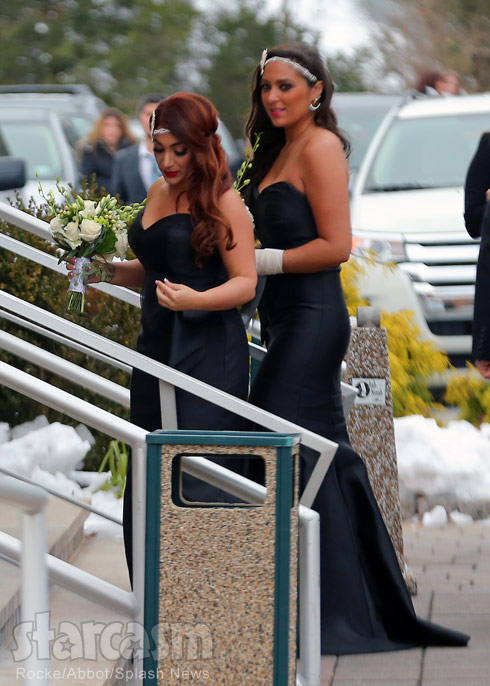 And a full-length shot of JWoww: 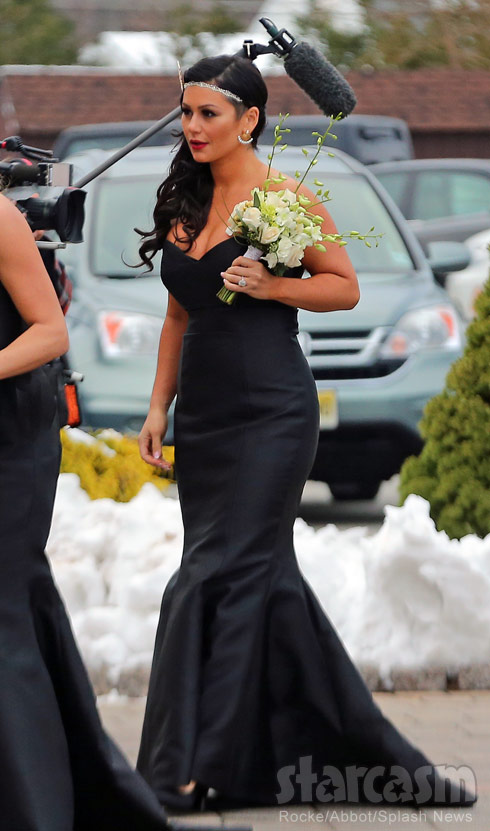 We all knew who the best looking couple at the wedding was, but close behind was Deena Cortese and her man, Chris Buckner: 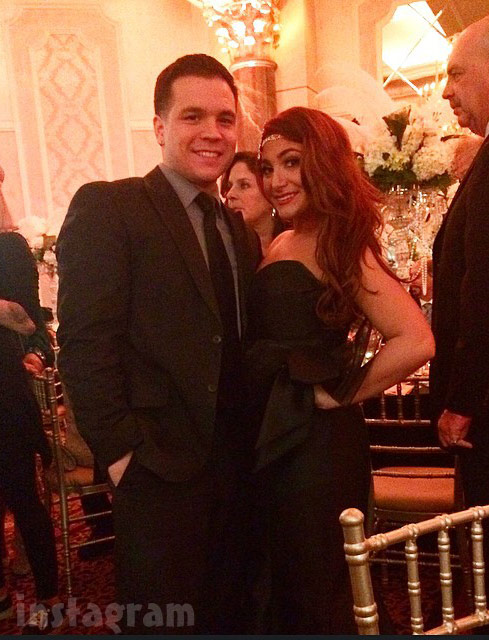 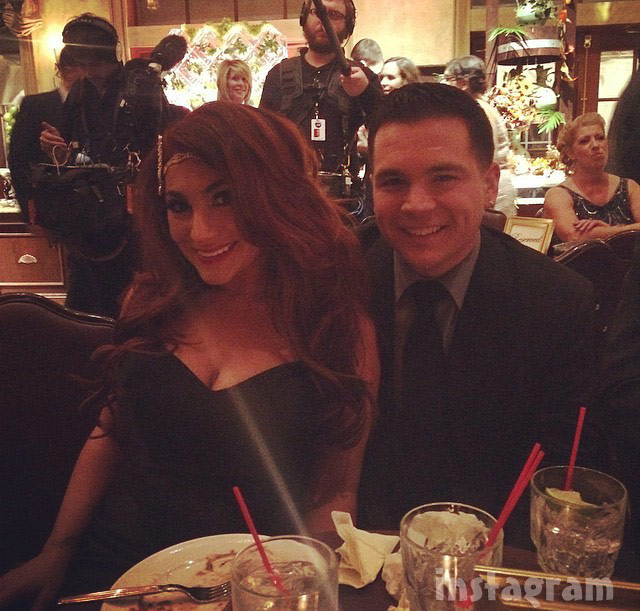 In addition to the Cute Couple Award, Deena also takes home the Best Selfie statuette for this glamorous shot: 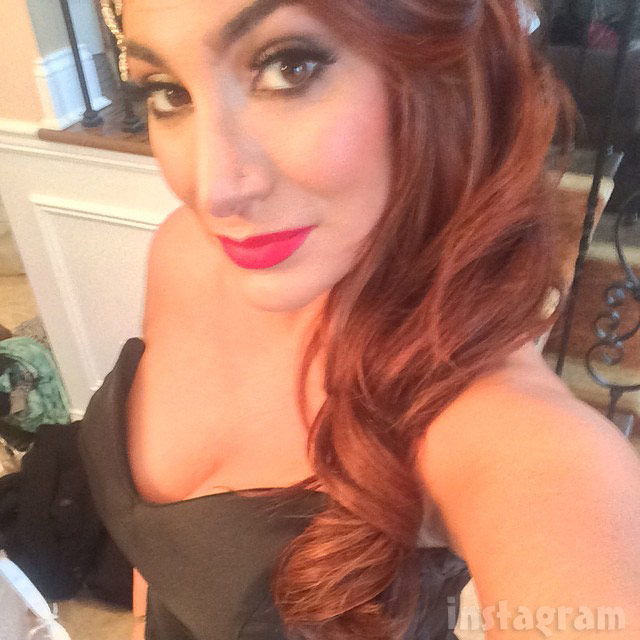 Oh, and of course we haven’t forgotten about ol’ DJ Pauly D, who was absolutely #sharp, albeit a bit blurry, in his suit and tie: 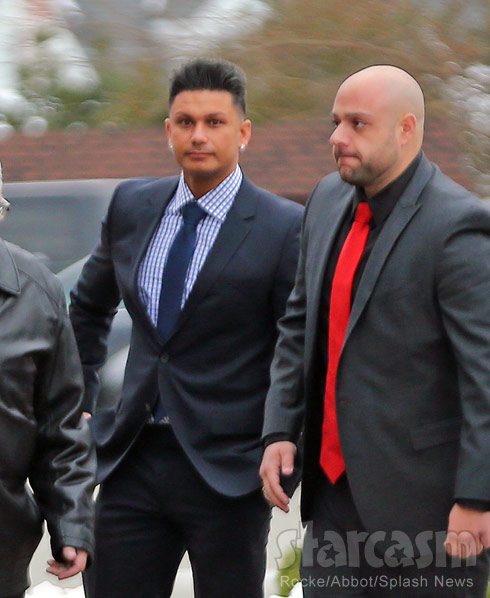 As you would expect from one of the most fan-friendly reality stars on the planet, Snooki has been tweeting away since her big day, and has made the nuptials “social media official” by changing her name on Twitter: 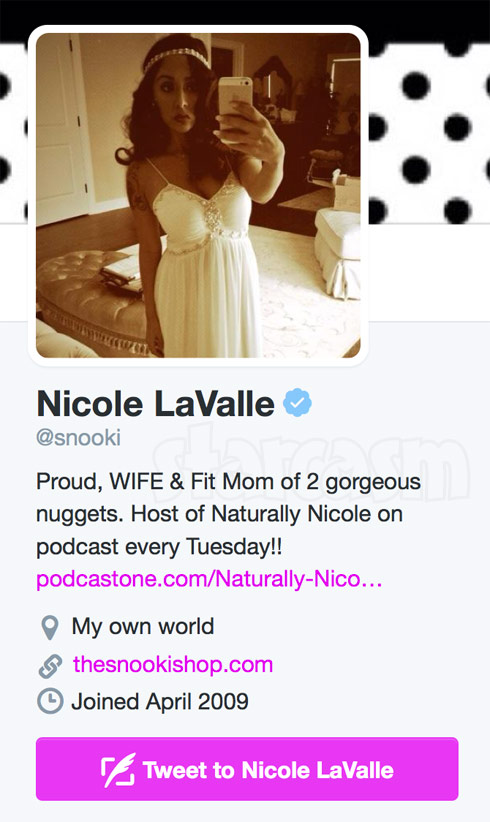 I wanna get married again. Such an amazing experience celebrating the love between @JLaValle and I! Love u husband

Hungover with my husband. (That will not get old) getting mcdonalds and being slobs together. Waiting for walking dead tonight

Congratulations once again to Snooki and Jionni! What an amazing reality show happy ending! Be sure to tune in to Snooki & JWoww on Wednesday nights at 10/9c on MTV to watch the fairy tale unfold for both Snooki and JWoww. 🙂

In case you missed it, be sure to check out our previous Snooki wedding photos posts including more of the wedding guests as well as photos of the bride in her dress!

JWoww “f**king hates” being pregnant because thighs touch and whatnot