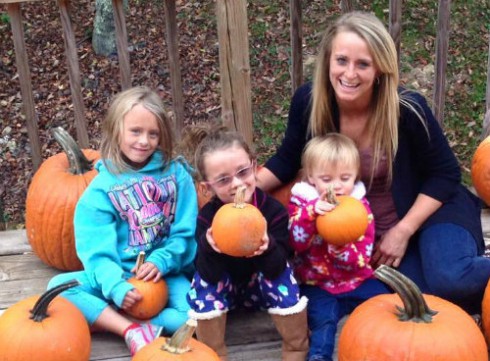 In the latest chapter of Teen Mom 2‘s Leah Messer and Corey Simms’ never-ending custody battle, a West Virginia judge reportedly granted Corey primary custody of the former spouses’ twin daughters. According to a new report, the decision was made “effective immediately” on Oct. 13 and means Leah only gets the girls on the weekends now.

A family insider told In Touch the judge was convinced after considering the twins’ school records. “Leah’s really been screwing up since [2014], so Corey took her back to court,” the source said. “The judge looked at the girls’ school records, which show that they’ve been late for school, and made the change in custody.”

Corey — who made no big secret of his concerns — is surely pleased with the decision. Now, the insider said Leah’s second ex-husband, Jeremy Calvert, is planning to wage his own custody battle. The insider said, “If [Jeremy] can find [a job] nearby, he’ll go for the same custody arrangement that Corey did.” That plan reportedly became even more urgent, recently, when there was a scare with 2-year-old Addie. The source said Addie “wandered out of the house while Leah was distracted… Thankfully, a police officer found Addie and brought her back home.”

Leah hasn’t responded to the new reports, but her recent tweets show she does have the twins on the weekends.

There’s nothing like actually having actual QUALITY time with my girls, for once. We aren’t running around to apts but INSTEAD ..

We are having a fun filled weekend together l. ENJOYING each other as a family. ? At the end of the day that’s what matters most ! #memories

If the story is true, we should see the effects of the new custody arrangement on Teen Mom 2, which was reportedly renewed for a seventh season.

Jenelle Evans to ex Kieffer Delp, “I wish you would have died”