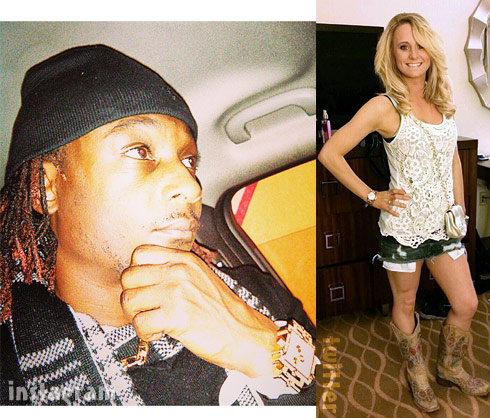 Teen Mom 2 star Leah Calvert is out of rehab, and according to a reliable new report, she and her new boyfriend T.R. Dues are shopping for a new house together.

According to multiple reports (and judging from her recent Twitter activity), Leah was released from rehab last week, after approximately 30 days. The Ashley’s Reality Roundup’s usually quite reliable West Virginia sources are the ones revealing that Leah and T.R. are checking out potential homes.

The Ashley reports the two are looking for a place to rent large enough for Leah’s three daughters, but they are having some problems finding a landlord willing to allow MTV to film on site. According to one source, the filming requirement “has caused some problems, because people have seen the show and don’t want to be involved with all the drama that comes with it.”

And speaking of “drama that comes with it,” The Ashley spoke with T. R. Dues’ ex (and mother of his two children), Mandy Winnell, who added to her previous comments about Leah Calvert with some slightly more emphatic negativity.

“I did tell her tho to keep her distance from my boys and stay the hell out of my house!” Mandy said of Leah, adding, “I do not care for her at all.”

MTV is reportedly still filming Teen Mom 2 Season 6, so it’s a safe assumption that fans will get to meet T.R. and perhaps see the couple’s real estate shopping first hand. I can already imagine the terribly uncomfortable scene in which T.R., Jeremy, and Corey have to hang out together for some reason.