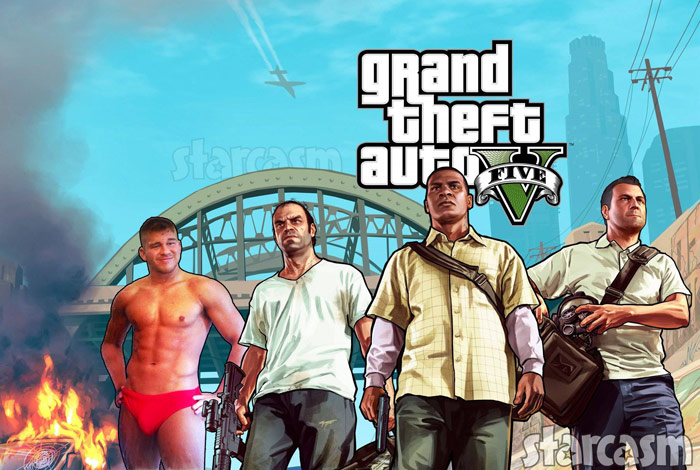 It seems drama follows Teen Mom 2 star Jenelle Evans everywhere she goes — even when she isn’t there! (Wait, what?) In case you missed it, Jenelle has been down in Florida soaking up the sunshine (and getting a plastic surgery consultation) with her boyfriend David Eason for the past week. She recently returned to her home in North Carolina, but when she got there she discovered something missing: her car!

“I cannot believe u stole my car while I was gone,” Jenelle tweeted at her ex, Nathan Griffith. “U left your son without any way of transportation, see you in court !!!!” she added.

Jenelle then began to share details on Nathan’s motivation for the alleged grand theft auto: 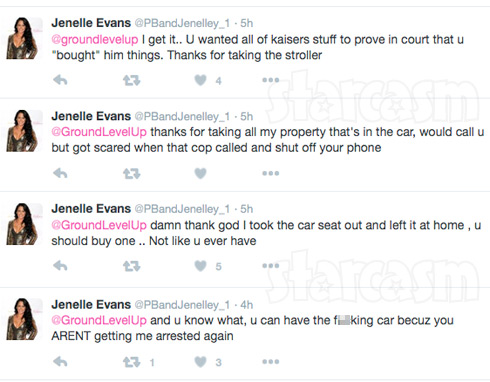 Jenelle then pointed out: “you STILL don’t even have a drivers license lmfao.” (You might recall Nathan’s numerous DUI arrests, which led to his license being suspended. I assume this means he would have needed at least one accomplice?)

Jenelle added: “hey since we are exchanging stuff can I have the $5k back I put down on the truck ?!!!” That was followed by a retweet of someone who reminded Jenelle, “don’t forget the money from the Scion that was paid off.”

It’s unknown if MTV cameras were rolling when Nathan pulled off the alleged heist. I know that Jenelle’s boyfriend David is a hunter, so I’m not-so-secretly hoping that the whole thing was caught on a deer cam. 😉

UPDATE – Jenelle has filed charges against Nathan stemming from the incident, and there is now reportedly a warrant out for his arrest! Click here for more details.