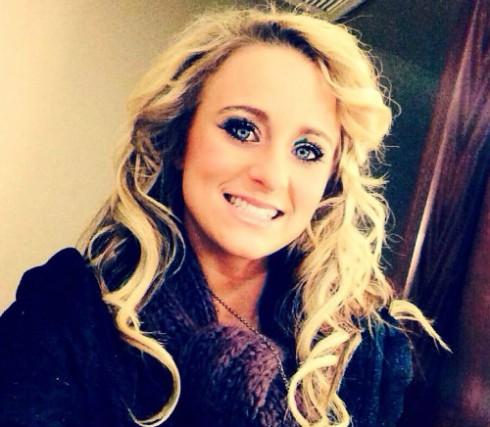 Teen Mom 2’s Leah Calvert reportedly checked into a rehab facility on May 3, following months of rumors she was struggling with a prescription pill addiction.

A source close to the West Virginia mom told InTouch that Leah’s treatment is scheduled to last about one month. The source added Leah agreed to go on the condition her daughters could potentially visit.

Leah last’s message on social media is a potentially related retweet from yesterday, which read, “The past will reflect you but the present will define you. Be yourself don’t let others control your destiny.”

Despite what seems like a step forward, the insider explained Leah hasn’t really accepted the severity of any alleged problems: “She’s still telling people she’s going away for therapy. They’re hoping her denial doesn’t stop her from making a fresh start.”

Last fall, a source who claimed to be Leah’s dealer said she spent up to $1,000 per week on pills. Another family source said Leah couldn’t “go a day without opiates.”

“I’ve seen Leah pop a handful of pills, chew them like they were candy and swallow them,” the family insider said. “She doesn’t even need anything to wash them down with.”

At the time, Leah’s immediate family blamed MTV editors for fueling the rumors by showing Leah slurring her words while on medicaiton for anxiety. She reportedly passed a drug test in January during her custody battle with ex-husband Corey Simms.

If the rehab report is true, we wish Leah the best in her recovery.

UPDATE – The Ashley’s Reality Roundup is confirming the report that Leah entered a rehab facility over the weekend, but her sources reveal that Leah is already out! From The Ashley:

[Leah] did, indeed, go to some sort of therapy/treatment center for her (alleged) prescription drug habit over the weekend; multiple very good sources have confirmed this to The Ashley. However, she left almost immediately.

Be sure to click the link for all the evidence gathered by The Ashley about Leah’s recent rehab stint as well as her and Jeremy Calvert’s ongoing custody battle for their daughter Adalynn!

The new season of Teen Mom 2 is scheduled to premiere on July 9.

David Eason says Jenelle did not get her tubes tied, buys her a surfboard as a get well gift