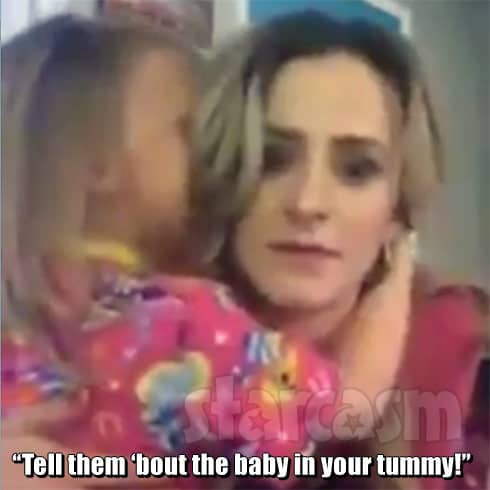 Could it be that all four moms from Teen Mom 2 will have been pregnant in 2017? Leah Messer was the only one remaining as Jenelle Evans and Chelsea Houska DeBoer gave birth in January, and Kailyn Lowry confirmed last week that she is currently pregnant again. But, during a live Facebook video last night, Leah’s daughter Addie seemingly spills the beans on having a younger sibling on the way as she whispers in her mother’s ear “Tell them ’bout the baby in your tummy.”

Addie actually says it twice, with the first time being clearly audible. Leah doesn’t react at all to Addie’s comments, aside from brushing her aside. Here’s the clip:

Leah later responded to the pregnancy rumors on Twitter. “Kids say the craziesttt things!” Leah wrote, adding: “Side note: You have to be sexually active to get preg???”

In response to someone asking her “Hey Leah, there’s a tweet saying ur pregnant, can u confirm?” Leah responded by clearly stating “I am definitely not. I have the IUD ????”

In addition to Addie’s “announcement,” there was a scene in last night’s episode of Teen Mom 2 in which you can clearly see multiple sonograms on Leah’s refrigerator: 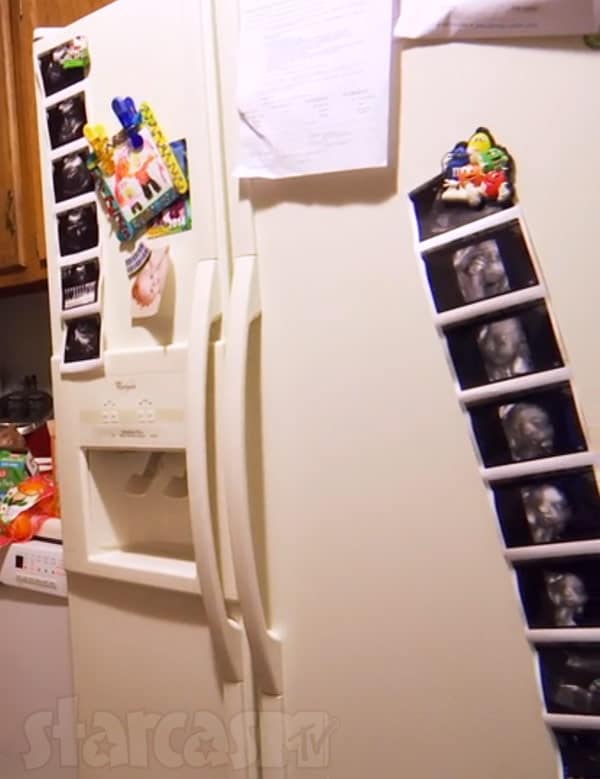 The scene spawned pregnancy rumors (and stories) on its own, but you can clearly see that the baby in the sonograms is very developed, and in no way is Leah that far along on the episode. Also, she would have to be just about ready to give birth right now — which obviously isn’t the case.

I’m willing to give Leah the benefit of the doubt on this one — but I would have thought the chances of Kail being pregnant again were just as slim, so who knows?! We will update when we know more!

UPDATE – The Ashley’s Reality Roundup spoke with sources close to Leah, and they are all saying Leah IS NOT pregnant. The Ashley also shared this reaction from Leah on Facebook:

Adalynn definitely has a creative imagination these days. I guess I’m the next Virgin Mary because the only male I’ve been cuddling is my male puppy! I was soo embarrassed! ?? #LiveVideoFAIL #NeverAgain ?

The Ashley later acknowledged on Twitter that Leah could actually be pregnant, but her trusted West Virginia holler peeps are telling her otherwise:

@Karma_Babey i mean, it's always possible of course that she is, but that's what I'm hearing from all of my trusted people.