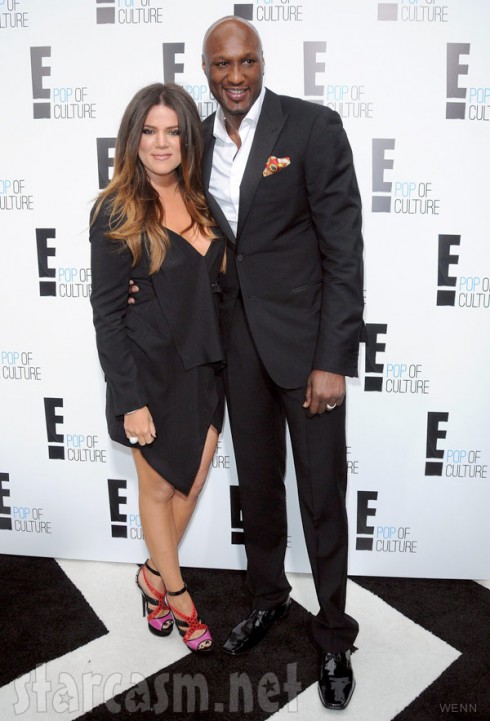 More details continue to emerge about the strained relationship between Khloe Kardashian and Lamar Odom. On the heels of allegations of infidelity, it is now being reported by reliable sources that Lamar “has been deep into crack cocaine for at least 2 years” and even visited a rehab facility a year ago before leaving after only three weeks. Now friends and family are concerned because no one has been able to get in contact with the NBA star for 72 hours, and it is feared that he is on a drug binge.

The reports come from the Kardashian family experts at TMZ, who first broke the story about Lamar Odom’s drug problem on Friday, with multiple sources telling the site that Khloe pressured her husband to go into rehab last August, and she placed around-the-clock surveillance on the facility to ensure that he stayed. Lamar allegedly tried to leave on several occasions, but Khloe was able to convince him to remain for three weeks before he eventually bolted.

Lamar reportedly stayed off drugs after leaving and returning to play for the Los Angeles Clippers, but he relapsed once the season was over.

Things came to a head last week when Khloe reportedly threw her husband out on Wednesday after a failed intervention was staged by the Kardashian family.

Earlier today the site reported that Lamar Odom has all but vanished for the last 72 hours.

Sources connected to the NBA star tell us people on Lamar’s side, and on the Kardashian side have not been able to find Lamar or contact him for nearly 72 hours — and we’re told the main concern is he’s hiding out while doing crack cocaine.

We will keep you updated.