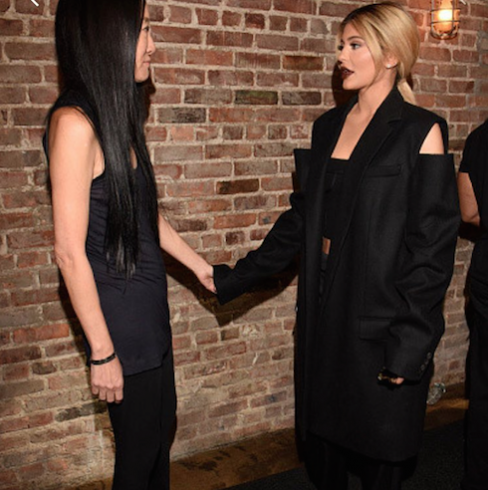 Kylie Jenner and Tyga have a relationship that’s only gotten hotter and heavier since they went public last month…which is why it comes as a surprise to find out that the pair are allegedly on the verge of splitting.

The pair “can’t stop fighting,” claims one report, which goes on to allege that Kylie Jenner and Tyga are at odds over how much work Kylie should be doing. The report claims that Tyga disagrees with his girlfriend’s choice to “work all day, every single day,” and thinks Kylie needs to “slow down and enjoy her life.”

The report further alleges that Tyga “does not approve of the way [Kylie’s] career is going and he thinks that she is overexposing herself.”

According to Kylie Jenner and Tyga’s mutual friend, though, “Kylie does not want Tyga’s advice anymore when it comes to her career and tells him to worry about his own career and stop trying to meddle in hers.”

A separate report claims that Kylie Jenner and Tyga are simply burnt out on one another–they’ve been spending almost all their free time together for months, and may have reached the point where a break is just what they need to recharge their relationship. That report claims “Kylie Jenner and Tyga have been bickering non-stop lately. It is to the point where it is almost annoying to be around them because they create such an awkward situation.”

Tyga, for one, appeared unbothered by the allegations. 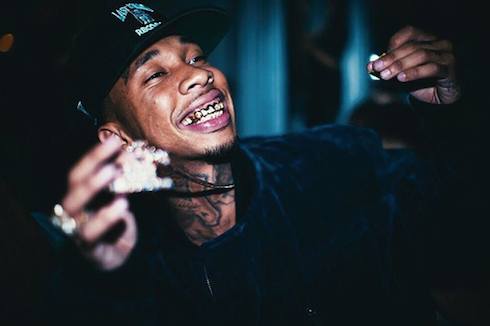 Though reports of a possible break-up between Kylie Jenner and Tyga remain just rumors, the possibility has to be distressing for Tyga. According to multiple sources, he’s become increasingly dependent upon Kylie for money–and, as Kylie Jenner’s $5 million net worth escalates, she might not have the patience to put up with any hangers-on.

Rumors that Kylie Jenner and Tyga are engaged remain unconfirmed.