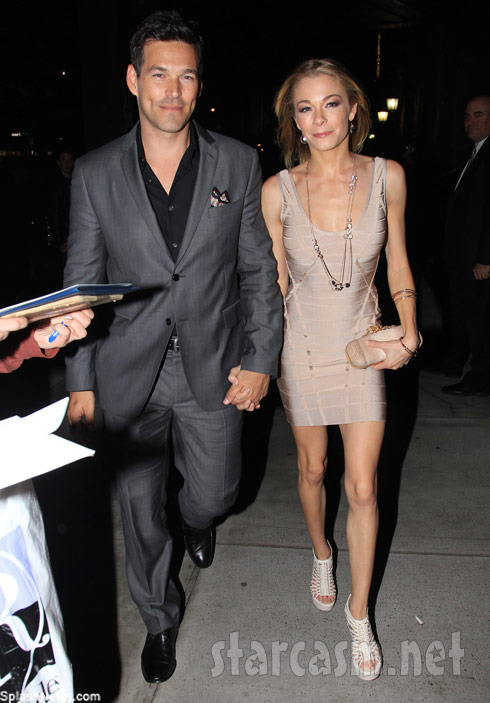 The awkward relationship situation between LeAnn Rimes, husband Eddie Cibrian and ex-wife Brandi Glanville has been a consistent headline maker.  Actually its primarily been Rimes making the news with frequent Twitter updates and denials of being a husband stealer and such. The young crooner with incredible vocals grew up in front of our eyes and its been strange and intriguing to see her caught up in this quasi-scandal.

The man in the middle is actor Eddie Cibrian and he is set to play the lead in NBC’s big new fall show The Playboy Club.  I of course have been focusing on the lead bunnies of the show but the struggling network is really hoping that this Mad Menesque 60’s drama can be a staple this fall.

Cibrian was on hand to promote the show at an NBC Upfront party as part of a roll out of their new line up and stars, and on his arm was Rimes.  It was a little difficult to see LeAnn actually because girl was looking extremely thin.  I try to stay away from these “are so and so getting too thin” posts because looks can be deceiving but the nature of these photos forced my hand.

Here is one more shot of Rimes walking hand-in-hand and smiling as the two attended the Upfront party in New York City. 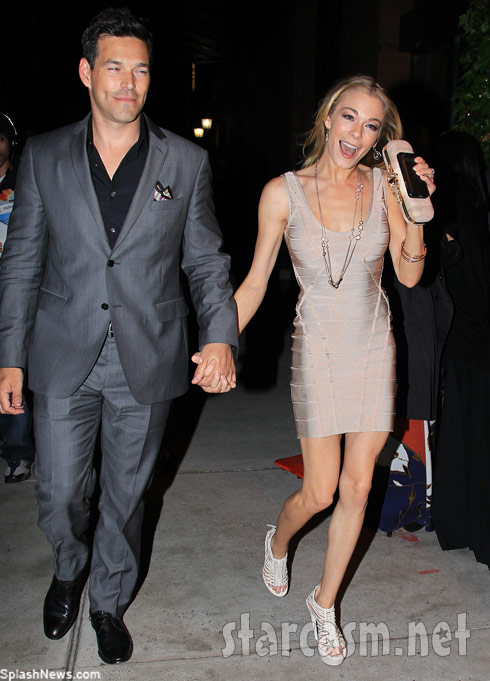 What do you think of LeAnn’s new figure?  In the least this should give Brandi Glanville something else to talk about as she begins her new career as a Real Housewife of Beverly Hills.