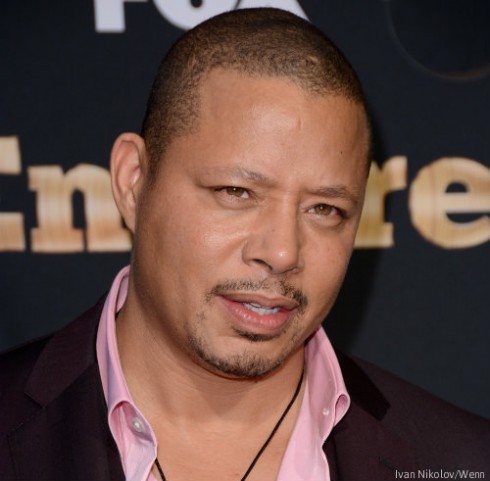 Empire‘s Terrence Howard has a reputation for having a bad temper and getting physical with women. While speaking to Rolling Stone in a bizarre new interview, Terrence only made matters worse for himself by trying to explain away hitting his two ex-wives.

Terrence was first married to Lori McCommas from 1989 until 2003 and then again from 2005 until 2007. In 2009, The Smoking Gun reported Terrence was arrested in 2001 for domestic violence against Lori after he “grabbed the victim’s left arm and punched her twice with a closed fist in the left side of the face.” He later pleaded guilty to disorderly conduct for the incident.

Speaking about that in the new interview, Terrence said, “She was talking to me real strong, and I lost my mind and slapped her in front of the kids… Her lawyer said it was a closed fist, but even slapping her was wrong.” 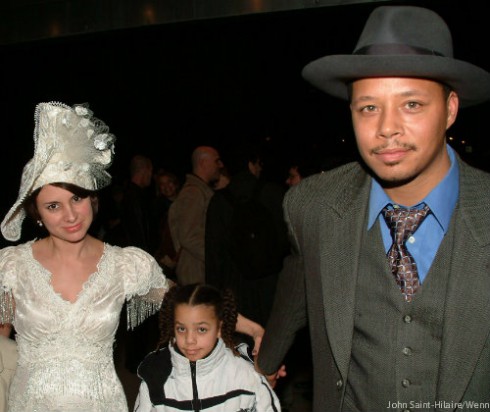 Terrence Howard with first wife Lori and one of their children in 2005.

Although Terrence admitted “slapping her was wrong,” he apparently didn’t take that lesson to heart: Second wife Michelle Ghent got a restraining order in December 2011 after claiming Terrence caused her physical injuries that required medical attention. Among other things, she cited a 2010 incident in which she said he grabbed her by the neck and threw her across a hotel room, causing her to hit her head. She said he then he carried her to the balcony and told her, “I’m gonna f**king throw you off this balcony.” She was treated by a doctor days later for multiple contusions. (During their contentious divorce, Terrence said Michelle was also threatening and violent with him.)

Of another incident in Costa Rica, where Michelle was pictured with a black eye, Terrence said, “She was trying to Mace me and you can’t see anything so all you can do is try to bat somebody away, and I think that something caught her. But I wasn’t trying to hit her.” 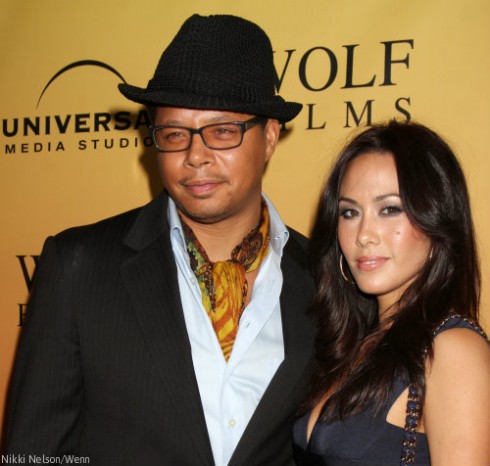 Then there’s the 2005 incident in which he was charged with simple assault and harassment for allegedly punching a woman at a diner. He pleaded guilty to the lesser charge of disorderly conduct. He told Rolling Stone the story was all wrong and he was simply acting in self-defense.

Terrence also spoke about what he learned from his dad, Tyrone, whom he was with in 1971 when Tyrone was arrested for stabbing a man to death while they were waiting in line to see Santa.

“My daddy taught me, ‘Never take the vertebrae out of your back or the bass out of your throat. I ain’t raisin’ sheep. I raised men. Stay a man,'” Terrence said. “But being a man comes with a curse because it’s not a society made for men to flourish anymore. Everything is androgynous, you know? The more successful men now are the effeminate.”

For the rest of Terrence’s interview, including the parts where he talks about his mathematical system and his relationship with his third wife, check out The Rolling Stone.