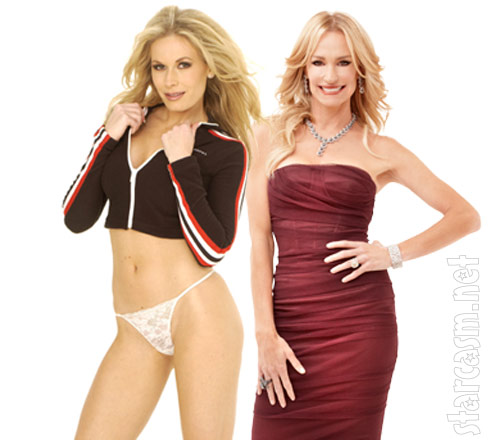 In a rare non-Bravo crossover event stars from two different Housewives shows will be appearing together! All you need is $75 and about 4 hours to kill and you can hang out with The Real Housewives of Beverly Hills‘ Taylor Armstrong and The Real Housewives of Orange County‘s Peggy Tanous during the Fashion Destination Group’s annual Summer Soiree aboard “The Majestic,” a 148′ luxury yacht owned by Pacific Avalon Yacht Charters. 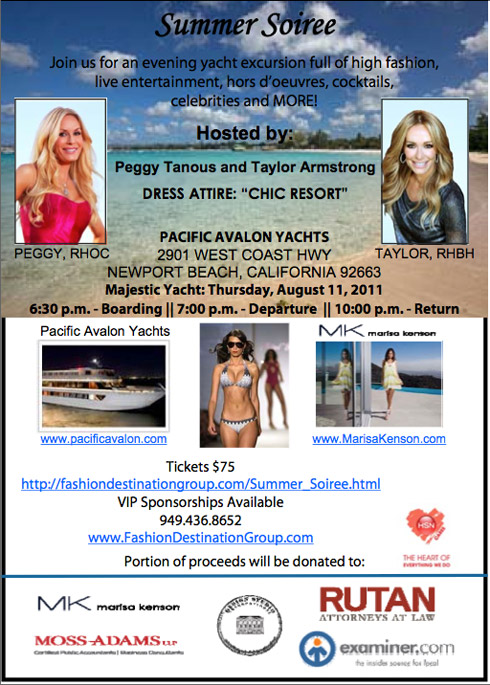 To be honest my knee-jerk reaction was disappointment. If I were going on a yacht excursion with one lady from RHoBH and another from RHoOC my dream duo would be Lisa Vanderpump (or Adrienne Maloof! Mmmmm… Maloof) and Tamra Barney, but that’s only because those are the ladies I think I would have the most fun hanging out with. (Because obviously if I went on this cruise they would be chilling and drinking with me all night)

But, once I thought about it a bit, I realized that the Peggy/Taylor pairing is mighty intriguing! These are by far the most mysterious women of both casts. They combine for a minimum of five or six aliases between them (Can you guess which one was named Shana Hughes and which was Margaret Farney?) and I think an evening of drinks mixed with Taylor’s tales of Russell Armstrong “business” ventures and Peggy’s sure-to-be-shocking anecdotes about dating and partying with Jim Bellino would be some priceless entertainment! The only thing that would make it better is if Andy Cohen was along to ask questions and host games!

So head on over to Eventbrite and grab your tickets today!