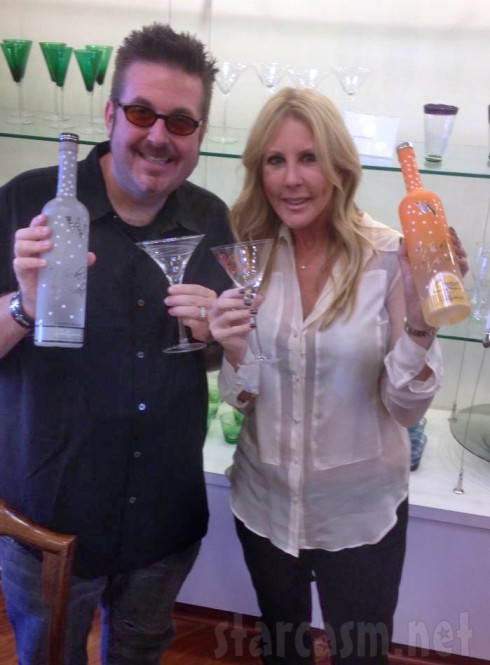 On Friday professional poker player Robert Williamson III filed a suit against his Vicki’s Vodka business partner Vicki Gunvalson seeking $250,000 in damages alleging that she “breached her contract, committed fraud, failed to live up to good faith dealings, misrepresented herself and conspired to unjustly enrich” both herself and boyfriend Brooks Ayers. According to the suit, Williamson bought out Ayers’ 16.67% stake in the company for $50,000 “for unpaid IRS and child support obligations in order to prevent his imminently going to jail for non-payment.”

The agreement was finalized and signed off on by all three parties on March 6, 2013. But, Williamson’s suit states “it was learned later that Brooks and Vicki had used this purchase as a way to obtain additional money from RW III in bad faith without the intent to honor the intent of the transaction.”

Williamson also claimed that Gunvalson had a “total lack of co-operation” to make the business a success, an allegation that seemed to be backed up by a cease and desist letter sent to Williamson’s attorney by Vicki Gunvalon’s attorney in which he objects to the fact that Vicki Gunvalson’s image was being used to promote the product. Here’s the letter in part:

It has come to our attention that boxes for shipping Vicki’s Vodka are being prepared that include Vicki’s likeness. Please be advised that Vicki’s Vodka, LLC has no right to use Vicki’s full name, her likeness or voice in connection with any goods or services without Vicki’s prior written approval.

Williamson, in the lawsuit, alleged the email proves that Gunvalson had a “total lack of co-operation” to make the business a success. (Oddly, this isn’t the first time one of Vicki’s high-profile alcohol industry business partners has accused her of not pulling her weight — Tamra Barney said essentially the same thing about their Wines By Wives endeavor, a claim also denied by Vicki.)

Soon after the suit was filed on Friday, both Vicki Gunvalson’s Facebook and Twitter accounts were deactivated.

Vicki returned to Facebook on Monday and immediately posted an explanation for her social media absence by writing, “My twitter and Facebook accounts have been hacked. What a mess.” That was soon followed by a lengthier post addressing the “frivolous” lawsuit:

Regarding the recent lawsuit that was filed regarding “Vicki’s Vodka”, my attorney will be filing a response to the frivolous suit within the next day or so. This response will reveal my side of the story and the lack of truth that was told. There will be more details to follow shortly. Thank you for your support. The truth always prevails. 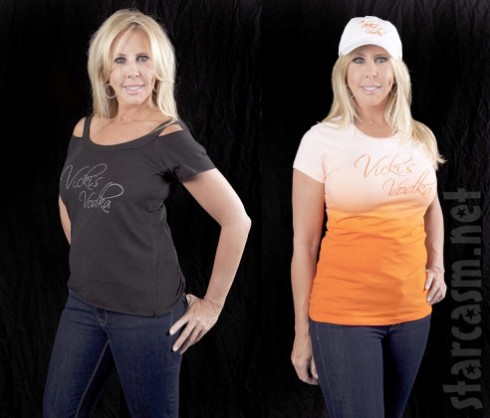 Vicki updated fans earlier tonight by revealing that Williamson had been notified that if he didn’t drop the suit she and Brooks would be filing a “cross complaint” against him:

Our attorney has written a letter to Robert Williamson’s attorney demanding that his lawsuit be dismissed because it has no merit whatsoever. If it is not dismissed, @BrooksAyers and I will vigorously contest the lawsuit and will file a cross complaint against Mr. Williamson for breach of fiduciary duties and other claims. The allegations against us are totally unfounded, as we will prove in court if necessary. Thank you for your continued support. When life hands you a bunch of lemons… make lemonade!