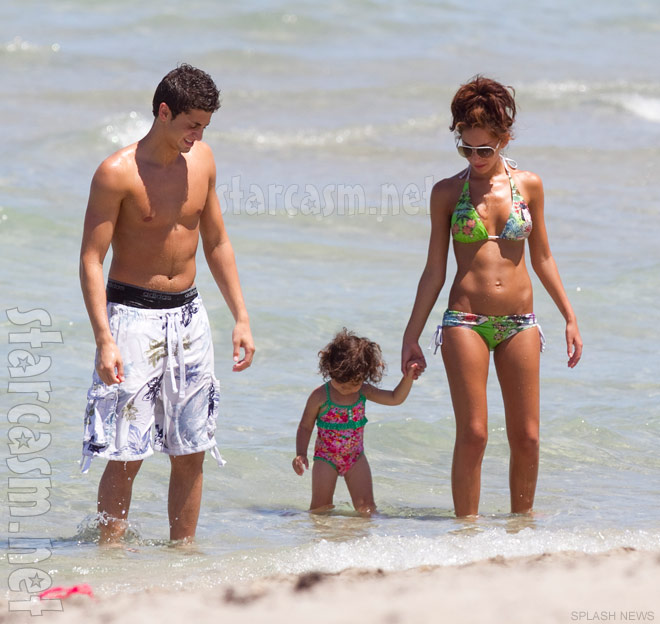 Teen Mom Farrah Abraham was photographed recently in her new home state of Florida frolicking on the beaches of Miami with her daughter Sophia… and an unknown handsome dude!

UPDATE – The “unknown handsome dude” above is “just a friend” named Mo Salama (CLICK HERE for more info on Mo). Farrah has since revealed her new boyfriend is actually Daniel Alvarze! CLICK HERE for photos and background info on Daniel and HERE for pictures of Daniel with Farrah and her daughter Sophia playing at a park in Miami!

The photographer referred to the shirtless young man as Farrah’s boyfriend and stated, “The couple seemed happy as they played with Farrah’s daughter, Sophia in the sea.”

Let’s take a closer look at this potential new Mr. Abraham shall we?

A lot of people talk about things they want to do and goals they want to accomplish, but Farrah Abraham is getting them done! She wanted to pursue a modeling career and has since had a number of modeling jobs (with both of her brand new career boosters). She wanted to go to culinary school so she packed up and relocated to Florida (with her daughter) to attend The International Culinary School at The Arts Institute of Fort Lauderdale.

She’s even managed to accomplish a couple things that may not have been on her list like getting a role in the upcoming Charlie’s Angels television reboot and… shark fishing?

And now, could it be that “Find a new man” can be checked off of Farrah’s to do list?!? It certainly appears this may be the case! And although I am a card-carrying member of Straight Men Unanonymous, I have to say her man is pretty easy on the eyes! He sort of reminds me of Maci’s ex Ryan Edwards (same build and hair) minus the blank-staring smugness.

To be honest, I’m surprised some of the other single ladies of Teen Mom and Teen Mom 2 haven’t done the same thing, which is move to a bigger city where there are a lot more options both as far as employment and eligible men. You girls are big time! There’s no reason you should be dating some dude you ran into at Wal-Mart, down at the local diner or at the mud track! (Which isn’t to say you can’t meet good guys in those places, only that it’s better to have more options.) I’m just sayin!

Oh, I almost forgot to be superficial and shallow by stating the obvious: Farrah’s looking great in that bikini! (Even if you don’t agree with her decision to get a boob job, you have to concede Farrah certainly didn’t go overboard and wind up looking completely disproportionate.) 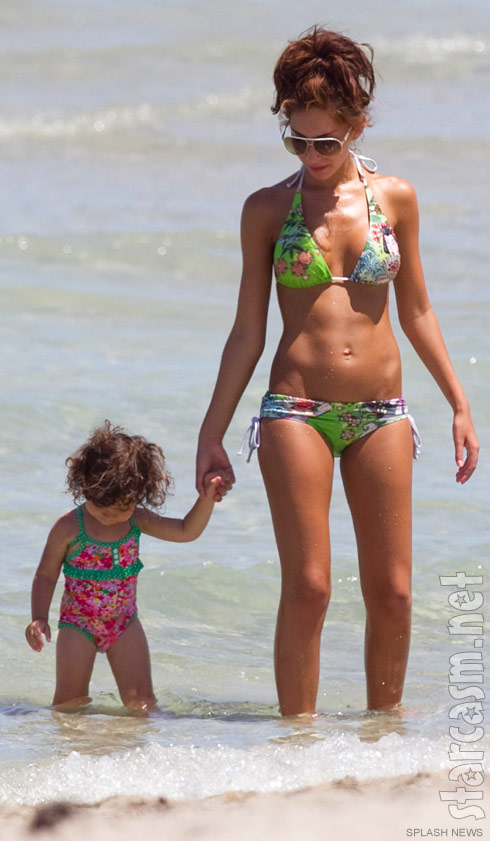 And Sophia somehow manages to just keep getting cuter! Speaking of Sophia, that little girl deserves the “best behaved” award for her numerous appearances so far this season! Even when she’s emptying toilet paper rolls onto the floor she’s doing it calmly and quietly. Amazing!

UPDATE (7/25/11) – We think we may have an identity for Farrah’s mystery man! Mohamed “Mo” Salama, a collegiate soccer player from Farrah’s hometown in Iowa. CLICK HERE to find out more!

UPDATE 2 (7/25/11) – According to MTV’s Remote Control Blog Mo is “just a friend from Omaha who paid the pretty pair a visit last week.” BUT, they go on to say, “Farrah IS indeed hanging out with someone special. You’re just gonna have to wait a little longer to see what he looks like. We know, life is cruel sometimes.” So we have a new challenge! Who in the world is Farrah Abraham dating?!?