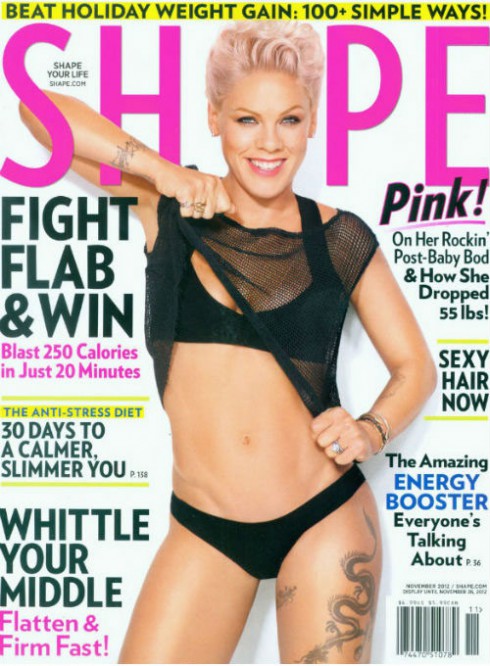 Pink graces the cover of the November edition of Shape magazine revealing her svelte figure after having lost 55 pounds following the birth of her daughter Willow Sage.

The 33-year-old told the mag that during her pregnancy, “I ate a lot of cheesecake during those nine months. Also anything sour, Sour Skittles, Sour Patch Kids, Key Lime Pie.”

In June, Pink told Cosmo that she sometimes enjoys chicken or fish but that her diet is mostly vegan. She also tries to get in an hour of cardio or yoga 6 days a week. She also spoke with PEOPLE and stated that part of her slim down came with the assistance of trainers Jillian Michaels and Jeanette Jenkins.

Whatever the methods, the results look great.