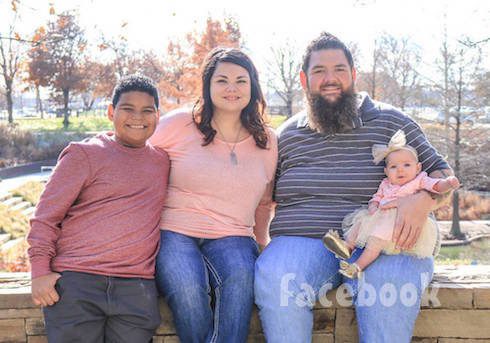 My 600 Lb Life‘s Gideon Yeakley has been hospitalized after a frightening collapse. And though Gideon has been in the hospital for several days, and undergone a series of tests, doctors still haven’t been able to diagnose exactly what’s wrong with the the Season 4 star.

Things had been going quite well for Gideon since he made his My 600 Lb Life debut back in 2016. In September of 2017, he and his wife Kayleigh welcomed their baby girl Frankie into the world. Becoming a father for the second time clearly agreed with Gideon, who rocked a smile to match his huge beard in most every new photo since then.

And, as we wrote in our most recent update on Gideon Yeakley — from just a few months back — he appeared to be losing weight slowly and steadily. His peak weight was 650 pounds at the beginning of his My 600 Lb Life article, but Gideon was down to 429 at the end of that episode. Later the same year, Gideon revealed he’d lost about half of his peak weight, and he looked even slimmer than that in his most recent photos.

Based on what we’ve learned about Gideon’s hospitalization, there may well be no cause for alarm. But the lack of concrete information has clearly worn on Gideon and Kayleigh. We’ll begin the current Gideon Yeakley health update with Kayleigh’s original post on Gideon’s collapse from this past Monday:

Gideon is at the hospital ? He called me at work to come home early because he felt so bad. I talked to him not that long ago and he had passed out and fell in the floor. Poor thing told me he thought he died it happened so fast ?They ordered a CT and we will hopefully know more soon. Keep him in your thoughts please.

Unfortunately, though Kayleigh has given daily updates on Gideon since then, more details have been sparse simply because it sounds like the doctors still aren’t exactly sure what happened to Gideon. For example, the next day, Kayleigh said that Gideon would be hospitalized “for at least 24 more hours” due to his doctors struggling to insert a second IV line.

“Instead of being able to do both antibiotics at the same time,” Kayleigh explained, “they’re having to alternate and [Gideon] isn’t on fluids.” She added that the hospital staff was also overworked, making it difficult to get their full attention: “The hospital is at max capacity so they’re running around like chickens with their heads cut off.”

Yesterday, Kayleigh revealed that doctors had found blood in Gideon’s stool — “meaning internal bleeding.” Blood transfusions weren’t yet necessary, though a GI specialist was scheduled to “come by [and] evaluate.” However, in good news, Gideon’s EKG results “came back normal,” suggesting that nothing was wrong with his heart. And one of the doctors monitoring Gideon “didn’t feel that surgery would be beneficial for [his] infection.”

The latest update on Gideon Yeakley and his medical scare came just yesterday. Though there still isn’t a specific diagnosis, it seems Gideon will undergo a GI scope and a colonoscopy next week to help determine the cause of his internal bleeding.

Our thoughts and well wishes are with Gideon and his entire family. Hopefully, they’ll get some answers very soon, and those answers will include quick steps to recovery. We’ll update this article as soon as we find out anything more about Gideon’s current condition.