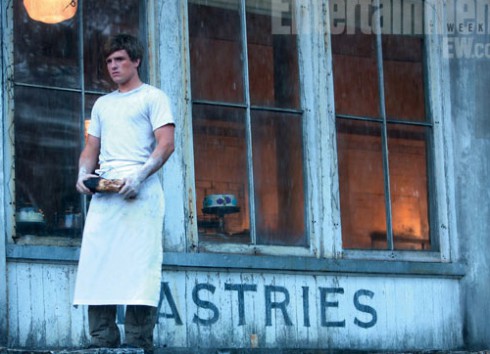 EW has some official photos from Hunger Games this week, with an emphasis on the boys Josh Hutcherson (Peeta Mellark,) and Liam Hemsworth (Gale Hawthorne.) They’ve posted several online, but there’s gonna be lots more in the newsstand edition.

Above is a photo of the newly beefed up Hutcherson, who spent three weeks in the gym to gain 15 pounds of muscle! He needed to bulk up his body because his character has spent his entire childhood hauling sacks of flour, and it’s a stark contrast from Josh’s look as Laser in 2010’s The Kids are Alright.

When Josh was cast, there was a lot of speculation about if and how Josh was going to gain muscle for the role, but it looks like he beefed up just in time!

More of Hutchrson’s new muscles on the cover of EW, with Hemsworth (who is reportedly back to dating Miley Cyrus): 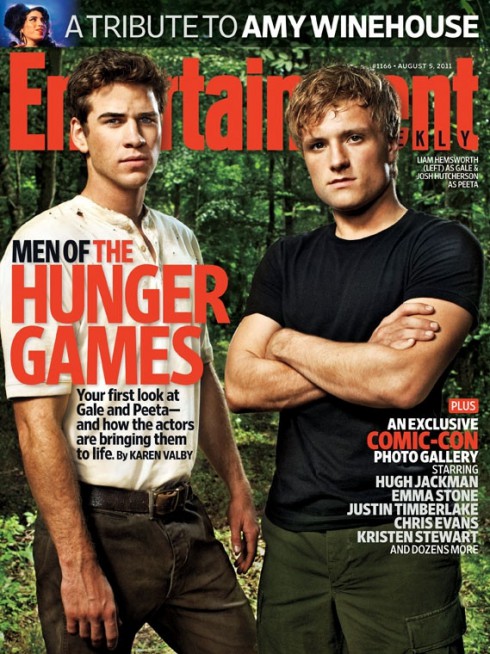 Here’s a pick of Hutcherson and Hemsworth, casually dressed: 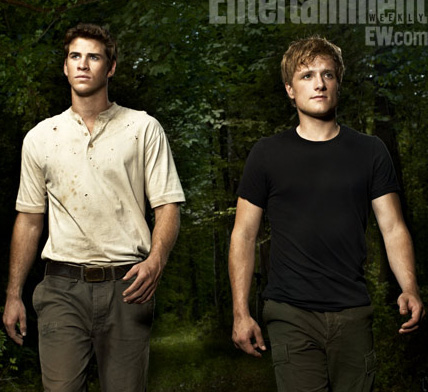 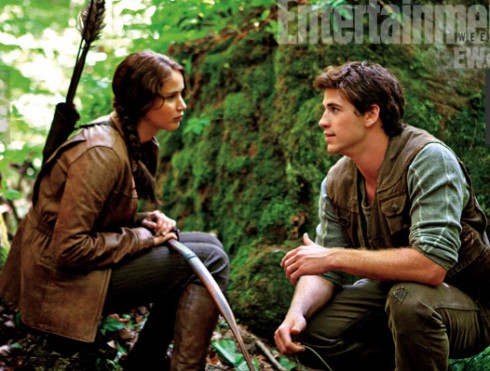