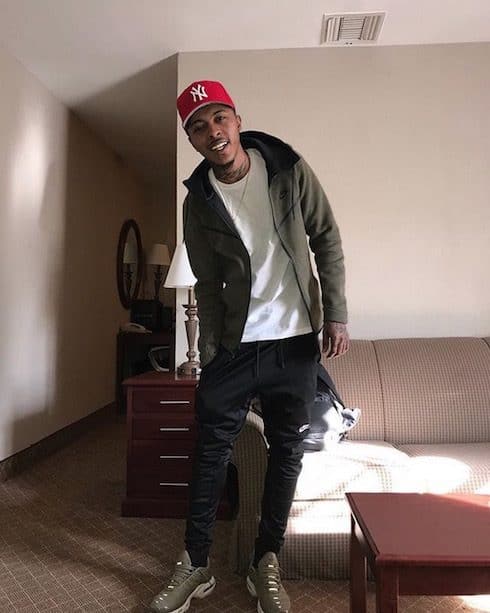 Not since Instagram celebrity Lovely Mimi joined the LHHATL cast has a social media star stirred up excitement and questions like Alex, the newest addition to Black Ink Crew Season 6. That’s because VH1 managed to downplay the man’s most notorious asset: he goes by the name Alex The Vagina Slayer.

So: Who is Alex The Vagina Slayer? His official bio calls him “one of the best tattoo artists in Brooklyn,” but warns that “sometimes his partying ways get the best of him.” So far, he sounds like a natural fit for the show. This “ink star…enjoys his celeb status on the streets and in the clubs,” and “brings the party with him” — but he’s also “easily distracted, especially when there are other women around.”

In case you’re wondering whether that’s his real name, check out Alex The Vagina Slayer’s Black Ink Crew introduction. He definitely knows how to play things up:

However, we did a little digging, and discovered that — in addition to his Instagram handle claiming “It’s just an @ name, relax,” Alex’s real last name is either Allen or Robinson. It turns out that Alex and a jilted ex-lover both appeared on an episode of Judge Mathis earlier this year. Both of those last names appear in the title of the episode, the premise of which is about what you’d expect from a man with Alex’s nickname: “A woman sues her ex, claiming they broke up over the defendant’s Instagram posts.”

Here’s the trailer for the episode itself:

Speaking of the defendant’s Instagram posts: Alex has a solid following of just over 45,000 fans before his first appearance on Black Ink Crew even airs. A fair number of his followers appear to be there for the hand-crafed memes into which Alex is more than willing to insert himself, in an ongoing attempt at viral infamy:

As far as his personal life goes, Alex The Vagina Slayer appears to be a bit guarded. We do know that he has a son who turned two this past August, that Alex dotes on him, and that his boy is indeed super cute:

You’re The Reason I Breathe Everyday For That Ima Give You The World ?

Look At My Stanka ?

In addition to working at Black Ink in Harlem, Alex The Vagina Slayer’s main gig is with Black Ink Junkie in Brooklyn. You can follow Alex on that page, or on his personal Instagram page here.

And so we ask again: Who is Alex The Vagina Slayer? In sum, he seems to be a man of many talents…and a capacity for disaster. Given both, he’ll be a welcome addition to the cast of Black Ink Crew You can see him in action when Season 6 airs Wednesday nights at 9 on VH1.

(Photo credits: Who is Alex The Vagina Slayer via Instagram)

Black Ink Compton in the works: Spinoff may be coming in late 2019