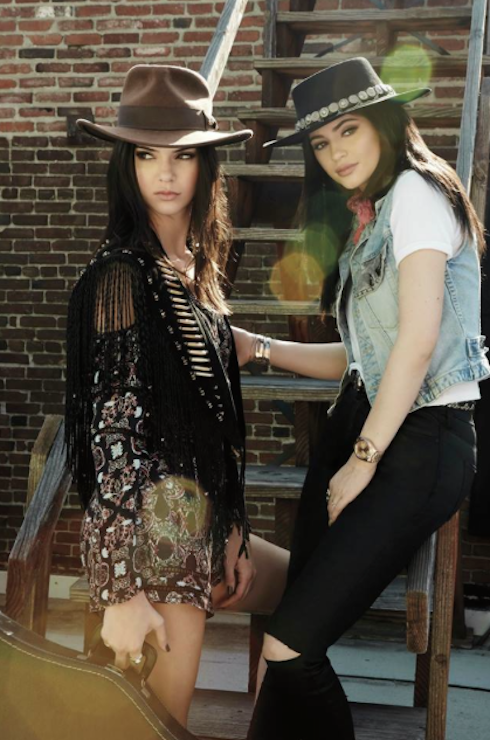 Kylie and Kendall Jenner, loyal PacSun employees from way back, have been hit with a copyright infringement lawsuit from a Florida retailer who claims the sisters stole a valuable slogan and put it on one of their T-shirts. The sisters have yet to offer an official statement on the matter, but the plaintiff has been talking to anyone who’ll ask…

According to Island Company, an aptly named and West Palm-based vendor of “resort wear, linen clothing, island wear, [and] cute bikinis,” Kylie and Kendall Jenner–and PacSun, their employers–committed a violation of copyright with a T-shirt from their most recent summer line. The Jenners’ shirt, says Island Company, features the following phrase: “Run away. Fall in love. Never return.”

That is too close to the mark for IC, who’ve been in business since 2005, have been repped beachwise by Johnny Depp, Cameron Diaz, and Brad Pitt, and whose take on the slogan reads: “Quit your job. Buy a ticket. Get a tan. Fall in love. Never return.” 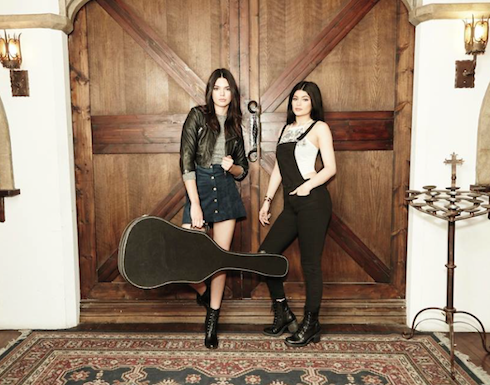 (If the “Never Return” part creeps you out and reminds you of the Mad Men episode where Don pitched the quietly suicidal Hawaiian vacation ad, you’re not alone.)

There’s been no official rebuttal from the defendants. Instead, Kylie and Kendall Jenner responded to the lawsuit by tweeting out news of their newest PacSun collaboration. We’re assuming it actually hits shelves on November 1st–either that, or Kendall is a time-traveling madwoman:

Which does raise an interesting question: If a product plug on social media results in the wrong information getting shared, does the retailer get a discount on what he paid for the plug in the first place?

Island Company, for its part, argues that Kylie and Kendall Jenner’s version of the middle school yearbook slogan “is likely to cause confusion, mistake and deception among consumers, the public and the trade as to whether defendants’ products or services are affiliated with, sponsored by or endorsed by plaintiff.”

PHOTOS 17-year-old Kylie Jenner is buying a $2.7M house — what is her net worth?