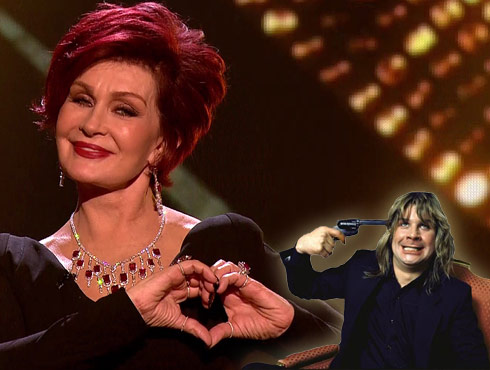 Last month Sharon Osbourne appeared on the Graham Norton Show and revealed that she underwent vaginal rejuvenation surgery. When discussing the altering of the Prince of Darkness’ personal playground Sharon declared no procedure was more painful than “having my vagina tightened” adding that it was “just excruciating.”

Yesterday the 61-year-old Talk co-host sat down with Howard Stern and came clean about the claim, admitting it was all a lie. Sharon told Howard it was just a hoax and that it was a “flippant, stupid thing to be silly.” Of course Howard wasn’t satisfied with the answer, calling out Sharon, wondering if she was just backtracking and actually had the procedure.

“I swear on my children’s lives I made it up — just to be flippant. How could I do that after I’ve had so much like, ill health. Now I’m going to start putting scaffolding up my vagina?”

In an article all about VRS, Marie Claire quoted surgeon Dr. Red Alinsod about the particulars of a vaginoplasty:

“A vagina is not unlike a cave. The angle of entry differs, and the width differs, particularly after childbirth. We’re physically bringing the tissue together, which means more pleasure for both parties.”