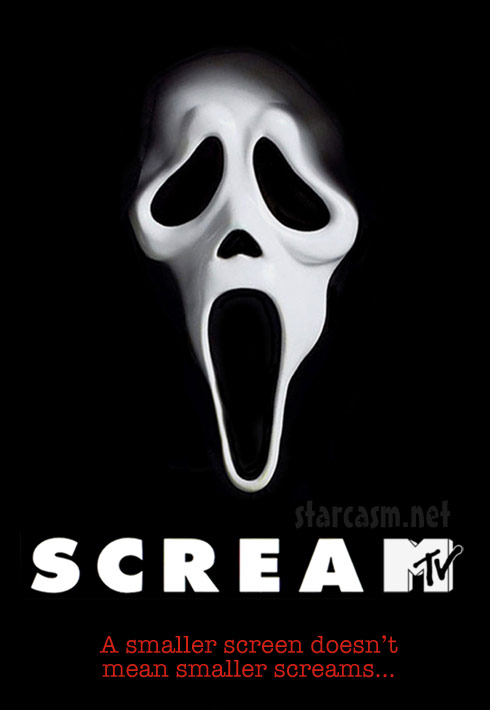 It’s been more than a year since MTV made the announcement it would be bringing the super popular Scream horror movie franchise to the small screen, and earlier today the network revealed the project is finally getting underway in a press release that included who has been cast for the pilot!

President of Programming for MTV, Susanne Daniels, said of the announcement, “Scream is an iconic franchise, and MTV is the perfect network to bring this consistently surprising film to life on television.” She adds, “We are excited to be in business with the formidable Weinstein brothers.” The pilot will be directed by Faking It‘s Jamie Travis, and according to the original script (obtained by TVLine back in April), here is a brief synopsis of the pilot plot:

The pilot, penned by Jill Blotevogel (Ravenswood, Harper’s Island, Eureka), kicks off with a YouTube video going viral, which will have adverse repercussions for teenager Audrey and seemingly serve as the “catalyst for a murder that opens up a window to [her] town’s troubled past.” 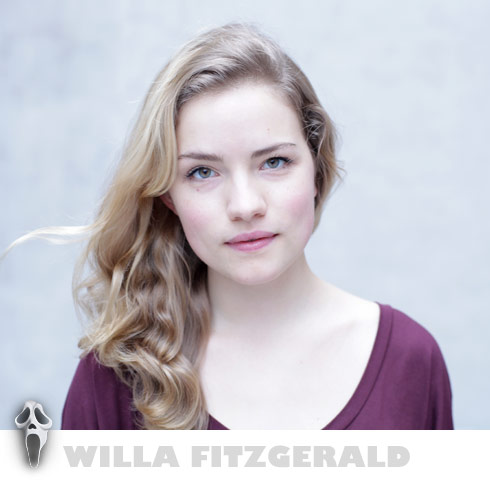 Royal Pains actress Willa Fitzgerald (above) will headline, playing the part of Emma Duval, an attractive teen intellectual whose popularity masks her shyness and estranged her from former best friend Audrey. The name has been changed from MTV’s original pilot script, which listed the lead character as Harper Duval and described her as a 16-year-old beauty “who’s a little too introverted and intellectual to be a social butterfly,” yet still manages to become one of the most popular girls in school. “She feels guilty that she has drifted away from former best friend Audrey,” it said.

I am so excited to officially announce that I will be part of #Scream for @MTV http://t.co/SpoBZeYikm

Playing Emma Duval’s former best friend Audrey Jensen will be Reign‘s Amy Forsyth. Audrey is described in the pilot script as “the bi-curious daughter of a Lutheran pastor” (MTV sure loves those girl-on-girl kissing scenes nowadays!) who’s “more arresting-looking than pretty.” She is an aspiring filmmaker (that will help explain all those video cameras!) and an “artsy loner.” 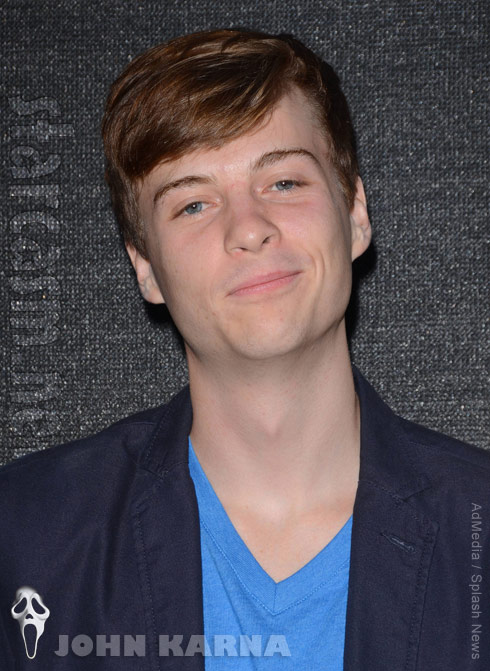 Audrey’s genius tech-savvy boy bestie is Noah Foster, who will be played by The Neighbors‘ John Karna. Noah is described as “creative, brilliant and tech-savvy enough to be the next Steve Jobs.” In addition to a great sense of humor, Noah will surely provide a lion’s share of the pop culture references Scream fans are used to with his “encyclopedic knowledge of books, films, TV, apps, etc.” 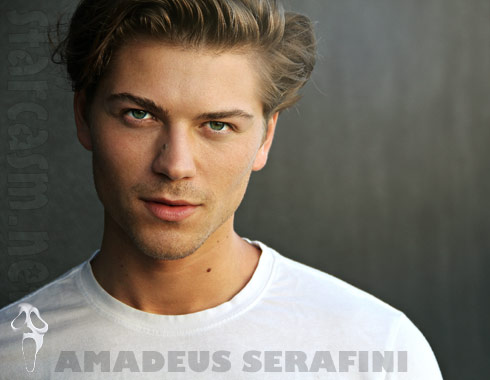 Smoke‘s Amadeus Serafini is set to play Kieran Wilcox, the new kid in town shrouded in mystery and a peculiar wisdom beyond his years. The casting called asked for someone 18 or over, but lists Kieran’s age as 16. It adds that Kieran is “smoking hot, with intense eyes and smoldering appeal, smart, wry, a bit more mature than his peers.” It then explains a bit of his back story: “Kieran is the new kid at school who has moved here because his mother and stepdad died in a car accident three weeks ago. He is somewhat reluctantly forced to live with his dad—who is Sheriff Hudson.” 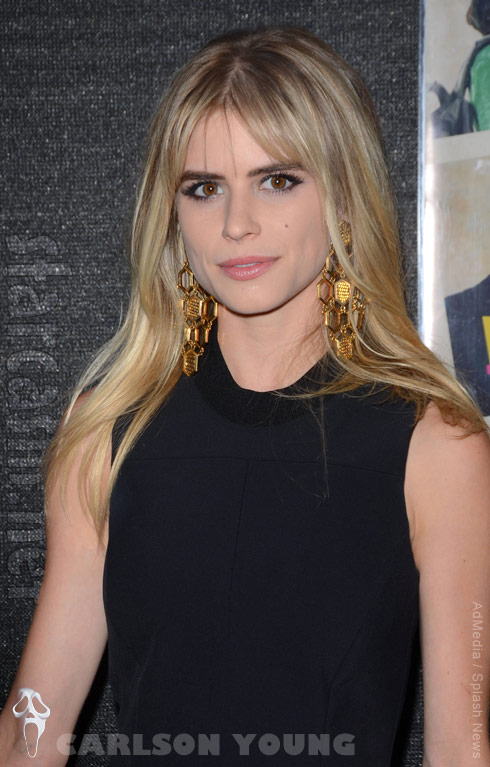 Rounding out the official cast announcements is The Kroll Show actress Carlson Young, who will play horror hottie Brooke Maddox. Here is how Brooke is described in the casting call:

BROOKE MADDOX Female, 18+ to play 16, gorgeous, the high gloss queen bee who thinks she’s nice and the world’s just reading her wrong, capable of being bubbly and seemingly-genuine and also capable of being ferociously sexy, Brooke is the leader of the popular girls, but she’s not technically a mean girl. The daughter of a very wealthy family, Brooke’s achievements include ballet, horseback riding and world travel…SERIES REGULAR

I get to work with @johnny_k again? Where's the double like button? http://t.co/pUmToDnOuj

Here are some descriptions of the other characters taken from both the original casting call and TVLine:

WILL BELMONT – 18+ to play 16, tall, very attractive, athletic, a good kid. Will’s a high school basketball player who wants to get a basketball scholarship to college. Will loves his girlfriend, Emma (fka Harper)…SERIES REGULAR

MARGARET “MAGGIE” DUVAL – Harper’s mom, in her early to mid-40s, is the town’s medical examiner, “a grown-up science geek who plays down her beauty.” Maggie spends a lot of her time trying to make up for the fact that Harper’s dad abandoned them. Oh, and she’s harboring “a dark secret from her past.”

SHERIFF CLARK HUDSON – MALE. 40s, handsome, smart, compassionate. Sheriff Hudson is a good man and a good sheriff, who doesn’t go with the easy answers. He’s kind and empathetic when he has to deal with a young person who’s been traumatized, but he’s clearly not going to stop till he finds the truth…SERIES REGULAR

JAKE FITZGERALD – 18+ to play 16, handsome, athletic, Jake is Will’s well-muscled wing man, who’s also on the basketball team. Jake has a wry humor which can turn crass sometimes; he’s got a crush on Brooke but seems to take her careless rejection of him in stride. Jake likes to play pranks, especially when he’s at a party and drinking too much, but it’s possible that one of Jake’s “pranks” went too far…RECURRING GUEST STAR.

RILEY MARRA – Female, 18+ to play 16, a gorgeous “ditz” who may be deeper, smarter and have more eclectic interests than is first apparent, Riley is a member in good standing of the popular group that includes Brooke, Will, Emma and Jake. Unlike the classic popular kids, Riley doesn’t mind going beyond the clique if she finds someone whom she connects with…RECURRING GUEST STAR.

No premiere date has been set for MTV’s Scream, but stay tuned!