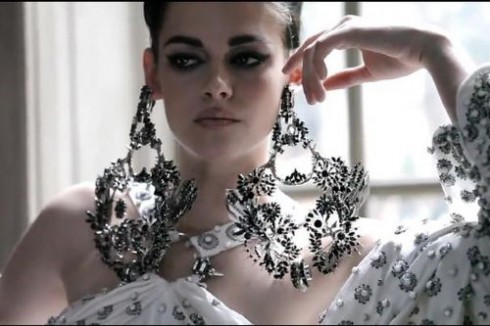 If this National Enquirer (via Celebitchy) story can be believed, Kristen Stewart appears to be living off of the diet that landed Demi Moore in the hospital (minus the Whip-Its.)

The mag claims the distraught star is subsisting soley off of Sugar-Free Red Bull, and “the occasional bag of potato chips.” Honestly, that sounds like the diet that at least half of Hollywood is on, but either way it sounds horrible and anxiety-inducing.

The insider goes on:

“She’s been hiding out at the LA home of a producer friend and is looking pale and worn-out. Whenever anyone tries to push her to eat even a small bowl of soup, she either claims that she’s just had something, which isn’t true, or that she’s nauseous and there’s no chance of keeping anything down.”

“Kristen is grief-stricken and has hit rock-bottom. In many ways, Kristen living off cigs and Red Bull is a way of punishing herself.” Kristen has also refused friends’ pleas to see a therapist, said the source, adding: “Part of her just doesn’t want to feel better.”

In Touch also has a story about all the different things Kristen has told Rob about the affair. At first it was just a one time thing, then she reportedly admitted it started in May, and now, supposedly she she’s trying to say that even though the affair went on for months, it was only physical. (That type of argument really is never much solace, especially with a prolonged affair.)

“It was a torrid affair that went on for months, but Kristen’s been telling Rob it was only physical. But he knows she’s lying. He wants her to admit it was more than sex – that she developed feelings for Rupert.”

As for Rob. he’s keeping a brave face as he promotes his new movie Cosmopolis (he’s also professed his love for Cinnamon Toast Crunch, which isn’t listed as part of Kristen’s diet.)