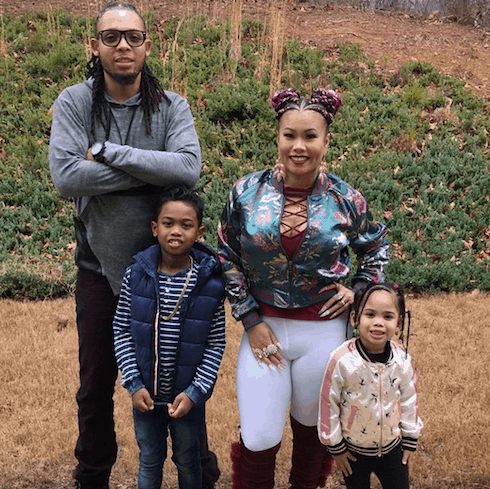 The very first appearance of Lovely Mimi on Love & Hip Hop Atlanta is nearly upon us, and the Instagram sensation has her million-plus followers in an anticipatory tizzy over the big moment. In fact, Mimi’s husband Remy is helping orchestrate the big reveal from his own Instagram account–he recently let slip exactly how long Mimi’s fans have to wait:

Avid followers of her updates know that Lovely Mimi’s entire family is completely devoted to the social media platform that made Mimi famous. She actually has three accounts: @itslovelymimi, for personal use, plus @mimilovelynails and @mimiultraviolet to chronicle her beauty salon exploits while working her “other” job.

Those three accounts have a combined following of 1.5 million people, which might make husband Remy Da Boss (birth name Remy Skinner)’s total of 22,800 seem paltry by comparison. But that number is sure to blow up as LHHATL Season 6 unfolds–and, really, how many people out there have a five-figure social media following anyway?. (Plus, he’s only had an account for a few weeks.)

But Remy has to be proud of the following he and Mimi’s two kids have garnered. That’s right: Son Jay, 9, and daughter Juice, 3, boast nearly 60,000 followers. When almost every family outing is documented for your fans’ ogling pleasure, it’s not hard to see why:

Mimi has actively discouraged children and teenagers from following her primary account, so it’s safe to say that the @juicenjayy photos are her family-friendly work 😉 And throwback photos are commonplace for the whole family:

In addition, it looks like Mimi is also branching out into grooming and managing the Instagram stars of tomorrow. According to a recent @juicenjayy post, Mimi will gladly rep your children on her kids’ page–for a price:

The third episode of LHHATL Season 6 airs on March 20. But remember to tune in to VH1 Monday nights at 8 to see the rest of the season 😉