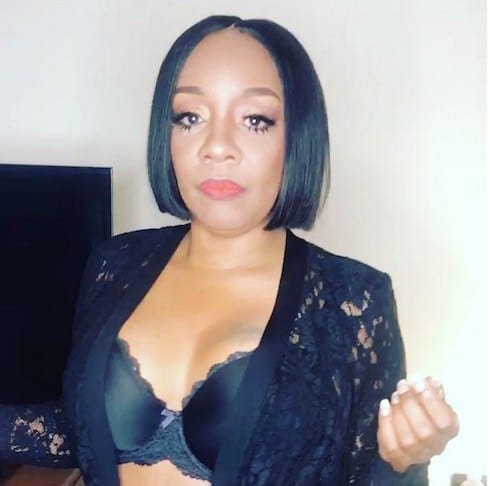 Karen King from LHHATL has faced no shortage of legal problems since the show elevated her profile almost two years ago. The credit card fraud and identity theft charges she faced most recently are only the tip of the iceberg: earlier this year, during a routine court appearance, Karen was actually arrested on completely different charges stemming from missed car payments. And, of course, the biggest eye-opener is that she and her sons Scrap and Sas were accused of kidnapping and attempted murder–and even featured on America’s Most Wanted!–back in 2012.

But back to those identity theft problems for a minute. As we’ve reported before, last summer, Karen was arrested after allegedly ringing up thousands of dollars in charges at Saks Fifth Avenue’s Atlanta location using someone else’s name and credit card info. Last week, Karen’s trial finally got underway–and, while her lawyer technically had the case dismissed, we’ve learned that Karen shouldn’t celebrate her legal victory just yet.

TMZ reports that Karen got off on a technicality: because of an undisclosed problem, prosecutors were unable to get the 70-year-old victim of Karen’s alleged identity theft to testify in court. Because the witness was a no-show, the judge dismissed the case. (It’s the second time a high-profile LHHATL star has had a case dismissed in the last few weeks.)

However, the District Attorney has six months to re-file the case and restart the process–and sources inside the DA’s office indicate that that’s exactly what they intend to do. So, if they can fix whatever problem they had with their witness, Karen might be in for a very rough time.

But that didn’t stop her from keeping her head up before this trial. Karen was relentlessly positive on the way to the trial, letting her Instagram followers know exactly what was going on:

Well let's get this day started

And after the case was dismissed, Karen repped her lawyer on Instagram as well:

Yesterday was one of my best experiences in my life. I was able to witness a performance of a life time my Attorney @drewfindling took total control of the Court room yesterday, this man displayed so much Knowledge, and the integrity of this man is unapproachable. Not every Lawyer is a sleez ball. Drew has always believed in me, I will forever be grateful. To watch him conquer and capture the the court room and send everyone into a trance, it was like the court room was hypnotized by how gracefully he moved around the room. Then Snap NOT GUILTY, the applause, it was over, I was free. Thank you Drew. You are my Guardian Angel. #atlantaattorney #lawyer #atlantabarassociation #barassociation #bestattorney #myfavoritelawyer #bestattorneyever #myguardianangel #theshaderoom #balleralert #meetmagizine #mediatakeout #vh1 #lhhatl

Love & Hip Hop Atlanta Season 7 is currently filming, and is expected to air in the spring of 2018.