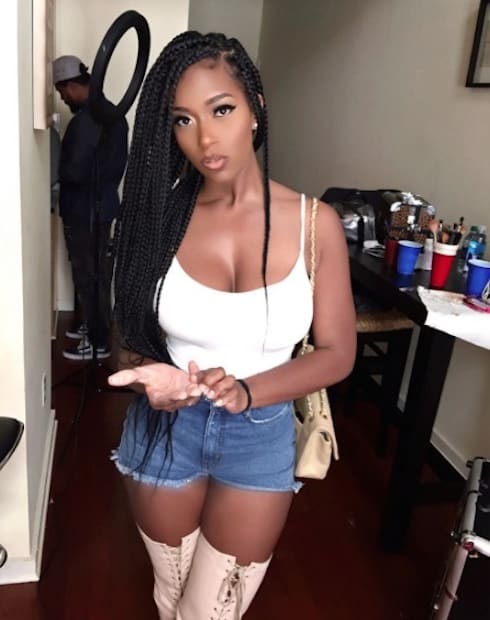 Another day, another set of rumors about a new Love & Hip Hop Atlanta cast member! Before the dust could even settle on news of the alleged criminal history of LHHATL‘s Tommie (whose real name may or may not be Atasha Jefferson) came a second report, this one leveling some pretty strong allegations against Tia Becca, and complete with a Tia Becca mug shot. Among the claims, which were first reported by Fameolous, are Tia Becca’s real age (said to be “damn near 40”), her possible criminal history (“seven years” of “tax fraud”), and a litany of plastic surgery accusations. And, as was the case with Tommie, the report appeared to suggest that Tia Becca’s real name is something completely different: in this case, Tiarra Rebecca Gwynne.

While we can’t confirm that Tiarra Rebecca Gwynne and Tia Becca are absolutely the same person beyond the shadow of a doubt, there are some striking similarities between Tiarra’s life and some of the details Tia shared about herself in her official VH1 intro video. For example, Tia starts off by saying that her name is Tiarra, and that she is originally from Dayton, Ohio–which is true of Tiarra Gwynne. Tiarra also says she is “in her late 20s,” but a Montgomery County (OH) court record for Tiarra R Trent Gwynne, stemming from a 2003 court appearance, lists her birth date as September 26, 1984, meaning that Tiarra is 31.

A further connection between the two identities is a Facebook profile that appears to belong to Tia Becca of Love & Hip Hop Atlanta. Though it’s an official, VH1-sanctioned account, the profile is filled with personal photos of Tia Becca, and a bevy of congratulatory messages from several weeks ago, when the first new additions to the LHHATL cast were announced. (Furthermore, the username embedded in the profile’s URL is “tiagwynne.”) 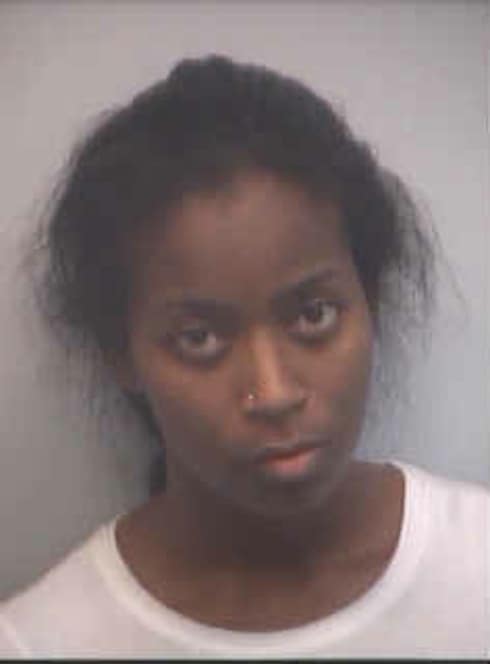 The most surprising part of the allegations was the alleged Tia Becca mug shot photo, which was the result of Tiarra Gwynne’s 2010 arrest for theft by taking. Unlike Atasha Jefferson, who has dozens of arrests on her criminal record, Tiarra’s sole major arrest appears to be the 2010 theft. Beyond that, there are only a few traffic (and dog-related) offenses in Ohio and Georgia.

As for whether the woman in the six-year-old photo above is LHHATL‘s Tia Bella–well, here’s a recent Instagram update from Tia, in which she proudly (and rarely) poses with neither makeup nor hair weave:

O W N your beautiful. After I scrub the makeup off and take the weave out. This is me ? Follow me on SnapChat @tia_becca_ (The writing said “No More Weave”) because I just took my weave out lol

Tia herself has yet to respond publicly to any of the allegations in the initial report. The day it was published, though, she did take to Twitter for a quick burst of positive reinforcement:

As for Love and Hip Hop Atlanta? Oh–there’s plenty of drama to be found on the show, as well! New episodes air Monday nights at 8 PM EST on VH1.