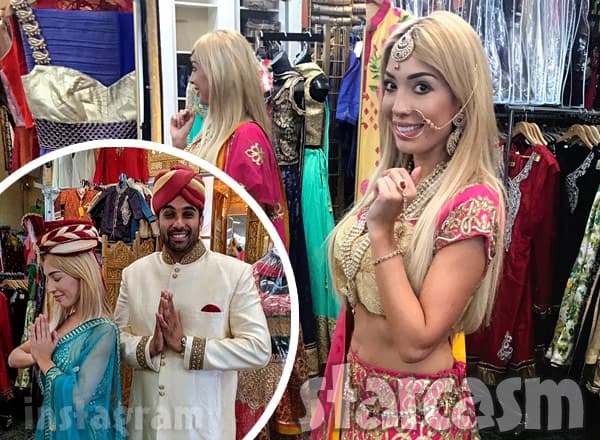 Farrah Abraham and Simon Saran sparked marriage rumors this weekend after they shared photos of Farrah trying on designer dresses at Taal Boutique & Bridal in California. Farrah posed for numerous photos in two different lavish Lehenga looks from Indian designers, all while Simon (and a camera crew) watched on. But, it appears that we can lay the wedding rumors to rest as one of the boutique owners helping put Farrah’s (plus Sophia and Simon’s!) look together revealed that it was for the upcoming MTV Movie and TV Awards red carpet.

“Fun afternoon with Taal Boutique styling the gorgeous Farrah Abraham for MTV awards,” Taal co-owner and cellular biologist Sheena Mundra captioned a collage of photos of Farrah and Simon in the store. “Can’t wait to see the Indian princess and Simon Saran on the red carpet. Great times and great people!”

The boutique’s Instagram also shared numerous photos and wrote: “Had a blast dressing the beautiful Farrah Abraham for the MTV awards. Super mom, beauty queen, serial entrepreneur, Indian princess for the day and a smart woman empowering go-getter. Amazing group and great people. Thanks for visiting us.”

Blonde Farrah modeled two different looks — one fuchsia and gold and the other emerald green and gold. Here are great photos of both: 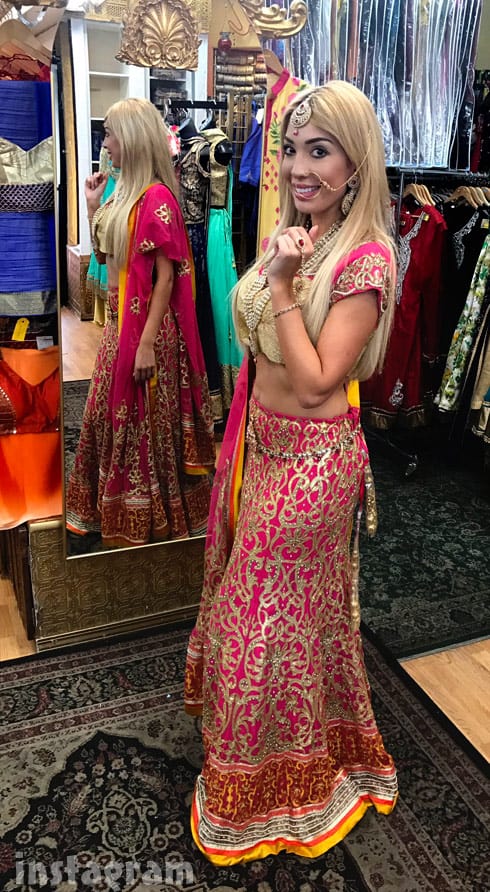 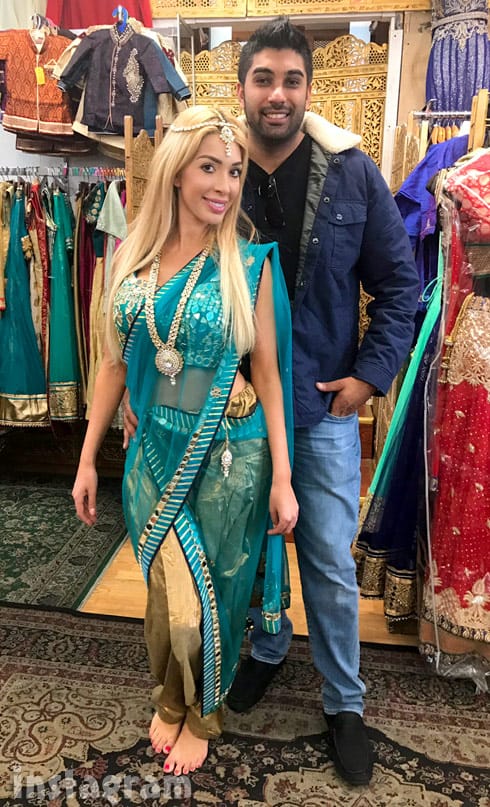 I gotta say — Farrah is rockin’ those looks! But she wasn’t the only one getting styled up as both her daughter Sophia and [insert masculine in-flux relationship term here] Simon Saran also got in on the glam session! Sophia wore an emerald green Indian lehenga that matched the one her mother tried on: 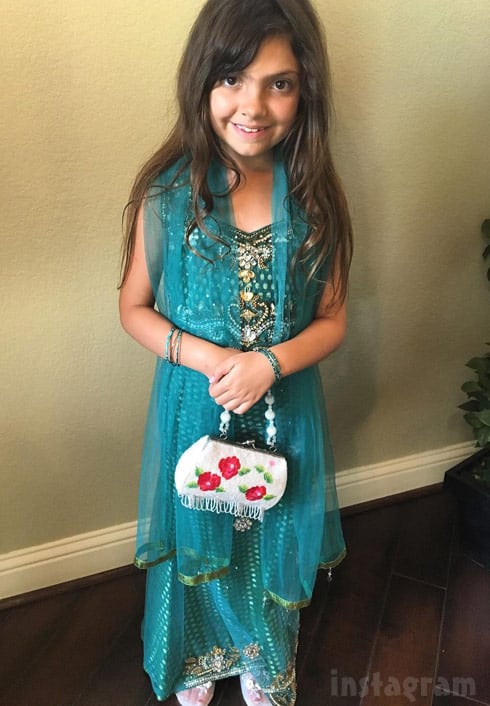 Meanwhile, Simon donned what will most assuredly become the outfit he wears in his next “King Simon” Instagram profile photo: 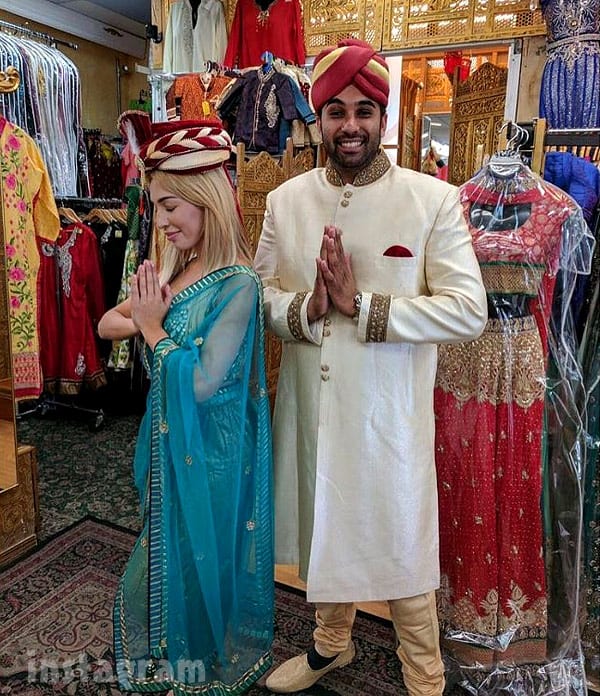 I am guessing that this will mean that both Simon and Sophia will be walking the red carpet with Farrah, but that is purely speculation. Of course, that would line up perfectly with Farrah’s response to Beyonce bringing daughter Blue Ivy to the 2016 MTV Music Awards. “I wish Sophia was there she would blow ‘blue’ away,” Farrah tweeted, adding “sh!t Sophia runs a Show.”

Of course, the looks could be for an MTV Awards side event or something else. I suppose we will all find out when the MTV Movie and TV Awards airs Sunday, May 7 at 9/8c on MTV!

While we wait for that, let’s take a trip down Memory Lane to Farrah’s memorable Wonder Woman look from the 2016 MTV Music Awards red carpet: 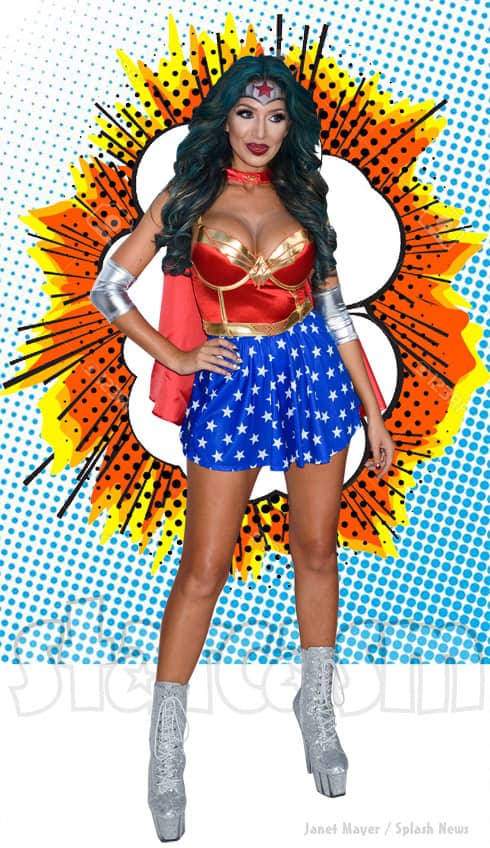 Speaking of “Wonder Woman,” I think MTV needs to look into giving the Taal Boutique it’s own reality series! Reading this mother and daughter’s “About Me” is absolutely FASCINATING! And if not that, then if Sheena is single, ABC needs to make her the next Bachelorette! 🙂 #WCW