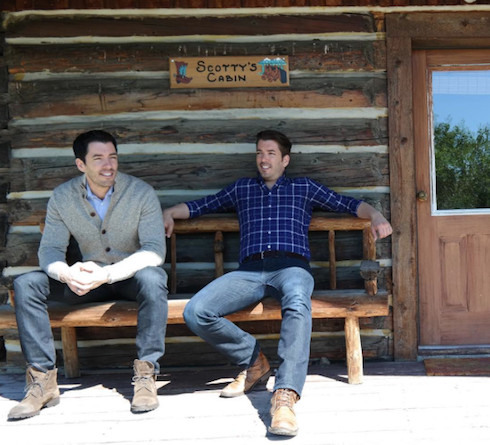 In fact, the “At Home On The Ranch” episode of Property Brothers was the venue where Drew and Jonathan revealed their songs, entitled “Hold On” and “Let The Night Shine In.” The autumnal special featured the Scott Brothers heading back home to Alberta to help renovate a friend’s ranch estate. 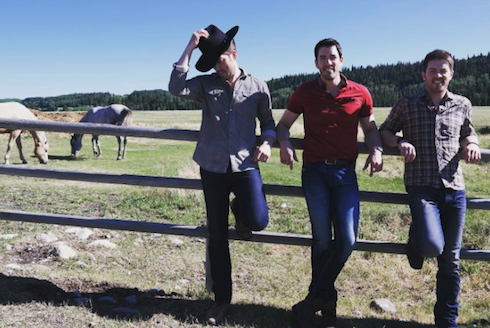 In a recent interview, the two spoke of their lifelong love of musical endeavors–and of how they draw motivation from the need to show up potential doubters. Said the pair, “Music has just always been part of our lives, something we’re passionate about–we grew up on a ranch where most weekend nights ended in us all around the campfire, with our dad playing guitar.”

But it turns out that the two Scotts didn’t just take this project on because they wanted to branch out from real estate. “There have been times in our lives,” they said, “where people have told us something just can’t be done, and we’ve become addicted to proving these naysayers wrong.”

Who’s the better singer? They wouldn’t say outright, but Jonathan did get in a jab at his brother’s expense: “It’s funny…how Drew keeps forgetting the lyrics. Flashbacks to us caroling Christmas songs to neighbors when we were kids…he could never get it right!”

And, just for good measure, here’s a couple more tracks the Brothers have laid down informally over the years. In keeping with the season, check out “Home For The Holidays” from a couple Christmases back…

…and Drew and Jonathan’s rendition of “Auld Lang Syne,” from New Year’s Day 2012:

If you’re interested, you can purchase the other Property Brothers country song, “Hold On,” from the iTunes store.