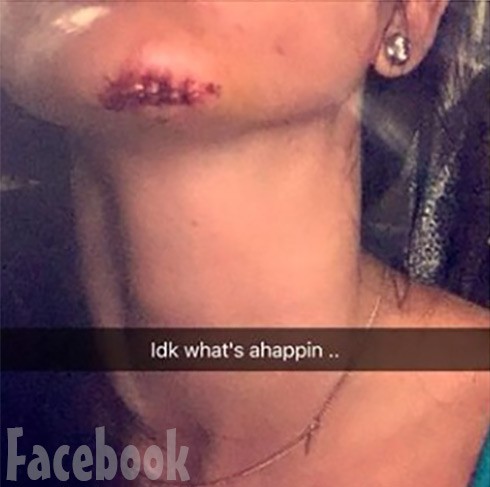 Jenelle Evans looks a little worse for wear after a freak accident this weekend, which led to her getting stitches on her chin. But, at least she has company because BFF Tori Rhyne also suffered a facial injury — although it was in a totally separate event.

The Teen Mom 2 star initially freaked fans out by posting a photo of her gash and Tori’s black eye to Facebook on Sunday. She also left the door open for some serious questions after just saying, “Well last night was fun lmao.” She didn’t clarify much in the Snapchat caption on the photo of her face, which just said “Idk what’s ahappin [sic]…” Not surprisingly, people quickly began asking what happened. At that point, Jenelle revealed she really wasn’t sure — at least in her case..

Jenelle: “Apparently I fell and don’t remember when or how it happened and came home and noticed blood all over me and hopped back into the cab and went to the hospital… It’s not makeup… As for Tori, she just pissed some random chick off by bumping her hip and [then the girl] hit her.”

Tori, responding to another question: “I got my a** beat last night.

Jenelle: “No, u didn’t get beat… Just hit… She pissed off some random chick.” 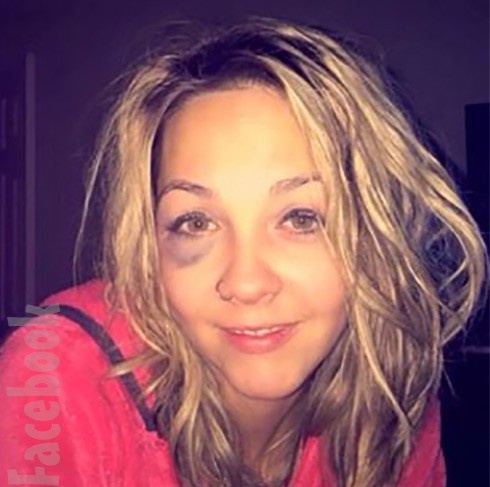 After Jenelle deleted the Facebook posts, an insider helped fill in the blanks about how she was injured to Radar Online, saying, “Jenelle was going out to dinner with her boyfriend David and friend Tori, and when she got home, everything was flooded on her street and she slipped and fell on the driveway getting out of the car.” (And it seems the “everything was flooded” part is no exaggeration: Jenelle’s street currently looks like a creek.)

The source added Jenelle went to the hospital around midnight and was released the next morning at 7 with some new stitches. She’s now “tired and in pain,” but recovering. Maybe Jenelle and Tori should just plan on staying home next weekend? 😉

All the latest on the Jenelle, Kaiser, and Nathan custody battle

PHOTO Are Jenelle Evans and Kieffer Delp back together!?