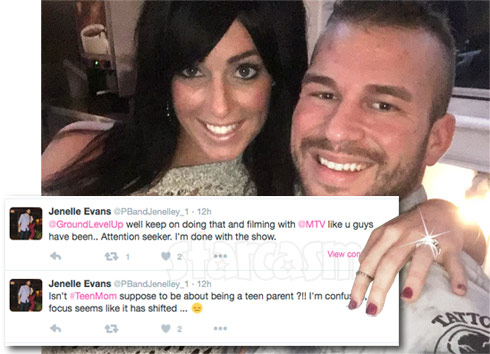 Former Teen Mom 2 couple Jenelle Evans and Nathan Griffith appear to be in a race to see who can move on the fastest! Jenelle has been lightning quick, jumping into a pretty serious relationship with new beau David Eason within weeks. But it turns out that Jenelle is no match for Nathan’s speed dating skills, as he had moved on with girlfriend Jessica Henry before he and Jenelle even split! Now, engagement rumors are swirling after Jessica was spotted sporting some serious bling on her ring finger. And, never one to be upstaged, Jenelle responded by announcing she is quitting Teen Mom 2!

First things first… Here is a photo of Jessica wearing the ring: 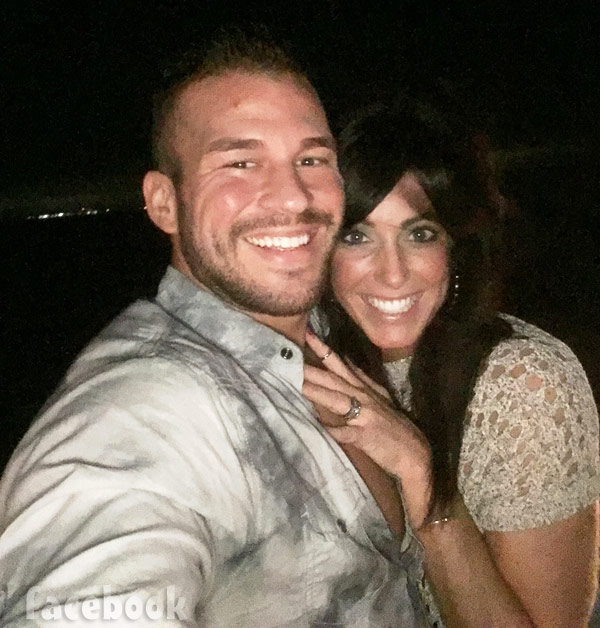 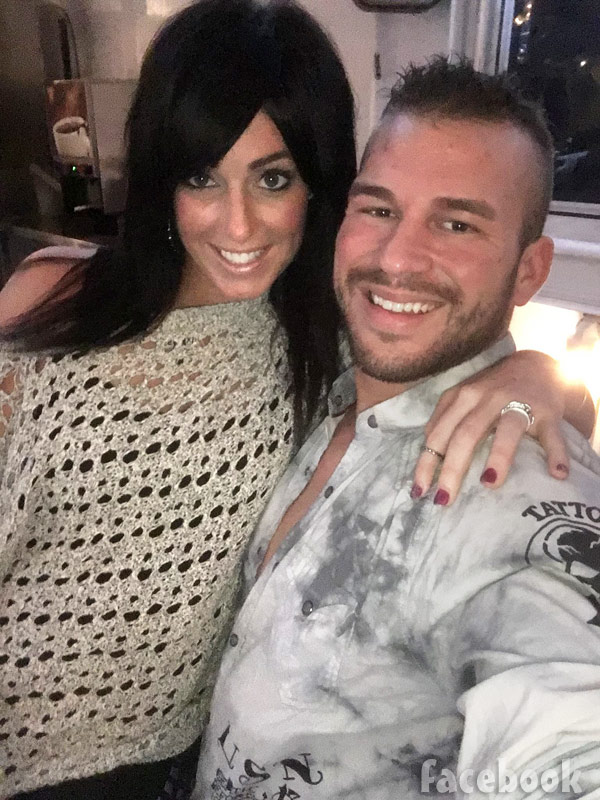 So is Nathan Griffith engaged to Jessica Henry? “Hahahahah noo!!!” Jessica wrote in response to the speculation on Facebook. “Reverse camera flips image, it was actually my right hand,” she pointed out. Nathan had a similar response to the rumors on Twitter:

Despite most rumors, we are not engaged and we are just enjoying our time together. That’s it!

Although a reverse camera can reverse images, I’d like to point out that the lettering on Nathan’s shirt is not reversed. So, I think the ring is, in fact, on Jessica’s left ring finger. So could these be photos from just after Nathan’s proposal? The scene sure seems reminiscent of Nathan’s proposal to Jenelle!

Here’s another photo taken by a third party, in which you can barely make out Jessica’s ring: 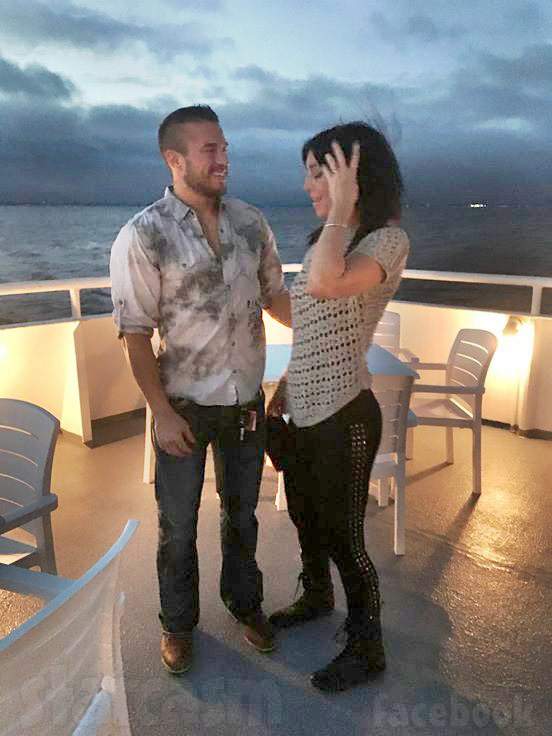 Nathan wearing sleeves? That only happens when he proposes, right? If Nathan did propose, and the person who took the photo was actually a member of the MTV crew filming the upcoming season of Teen Mom 2, then that would explain Jenelle’s response tweets, in which she appears to be VERY upset that the network continues to film Nathan even after their split. In the since-deleted tweets, Jenelle goes as far as to say, “I’m done with the show.”

Here are the tweets: 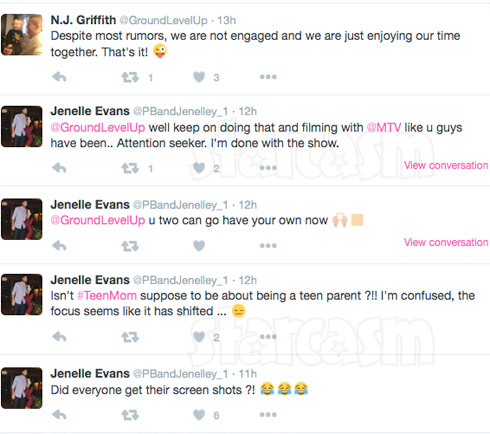 So: did Jenelle Evans quit Teen Mom 2!? I think the answer to that one, unlike the Nathan engagement question, is a big “NO.” There’s no way Jenelle is going to walk away from the show just because MTV is filming Nathan and Jessica–not after all the things they’ve filmed in the past that were so much worse!

UPDATE – Jenelle is standing by her decision to quit Teen Mom 2 on Twitter:

Still standing my ground. Done with the show #teenmom2 sorry everyone! Hope everyone was able to relate to my story while it lasted.

Going back to deleting my app… Won’t be on for a while. ✌?️

That being said, I do think MTV would have success with a full Teen Dad 2 spin-off series from the perspective of dads Corey, Jo, Adam, Jeremy, and Nathan. (I assume Jayce’s dad Andrew would not be an option.) Wouldn’t you tune in for that?

Oh, and congratulations to Nathessica!