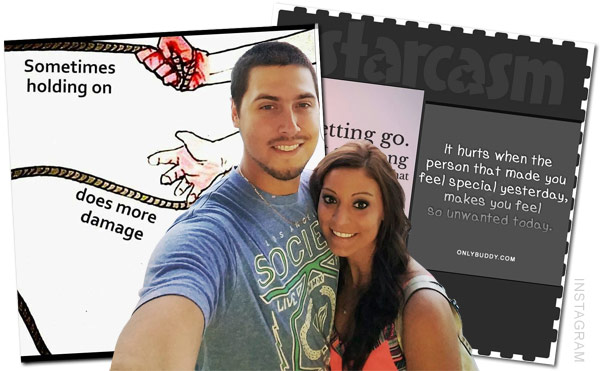 Earlier this week, Teen Mom 2 star Jeremy Calvert lashed out at MTV for editing a scene to make it appear as though he said that his proposal to fiancee Brooke Wehr was “not that serious,” when he actually made that comment in reference to telling Leah about the proposal on camera. Jeremy revealed to The Ashley’s Reality Roundup that because of the scene, “Brooke’s upset, and I don’t need that drama. I would never talk to Leah about our engagement, or my relationship with Brooke!”

It seems Brooke might have been REALLY upset, because judging from posts made by both Jeremy and her on social media earlier today, the two may no longer be together.

The potential break up was STRONGLY hinted at with two separate photos referencing letting someone go. Jeremy was first with this photo illustrating that “sometimes holding on does more damage than letting go.” He added the caption “This speaks so much volume to me.” 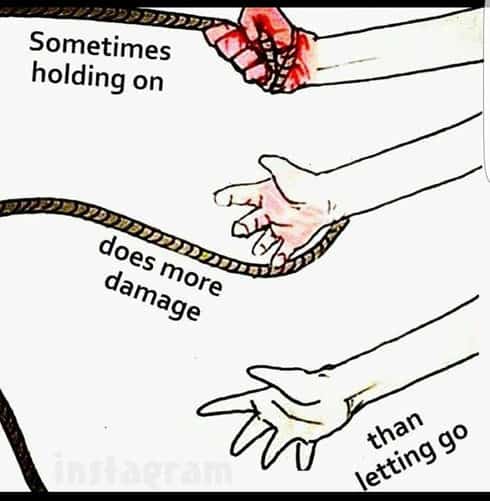 Brooke followed that up a few hours later with these quotes: 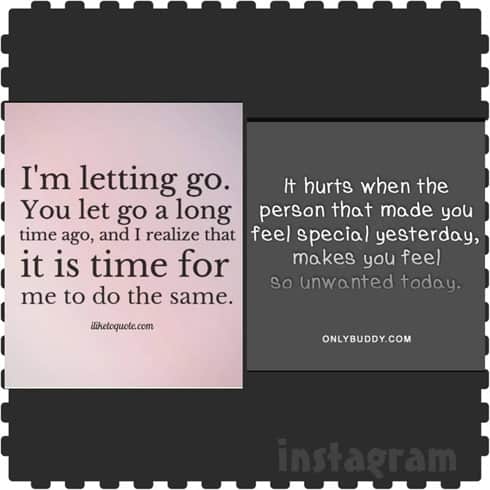 I’m letting go. You let go a long time ago, and I realize that it is time for me to do the same.

It’s hurts when the person that made you feel special yesterday, makes you feel so unwanted today.

The last thing we would want to do after Jeremy’s angry response to MTV editing would be to speculate on a break up based on suggestive posts, but I don’t think he can complain given what we have to work with here. Those two posts by Brooke and Jeremy CLEARLY suggest they have split. (Perhaps it could just be a joke they are playing on the media?)

I’ve always been a fan of Jeremy’s, so it saddens me that his relationship with Brooke — which seemed to bring both of them so much happiness — is over. But, they are adults, and relationships often do not work out. Aside from the passive aggressive messages, they seem to be handling it like adults — publicly anyways.

If Jeremy or Brooke confirm the split, we will update the post.