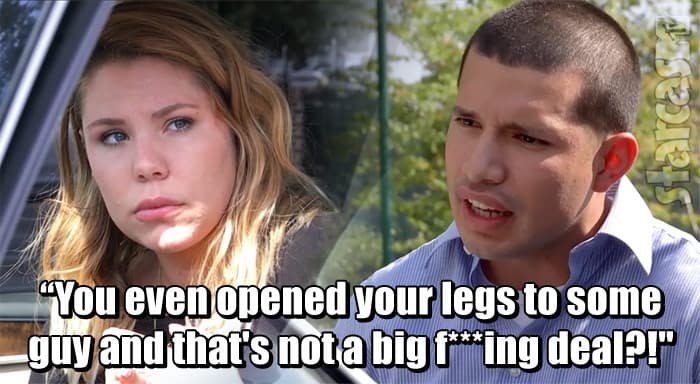 We have some great news for those mama drama addicts out there deeply saddened that tonight is the season finale of Teen Mom OG because Jenelle, Chelsea, Leah, and Kail will be returning for a brand new season of Teen Mom 2 at the start of the new year!

MTV released the first official Teen Mom 2 Season 8 preview trailer moments ago, and it looks like more fireworks (good and bad) for everyone involved:

Judging from the trailer, here’s what we have to look forward to from each of the moms this season:

JENELLE: Her issues with her mom Barbara escalate further as they enter year five (six?) of their custody battle for Jace. Jenelle shows off her famous outside voice as she screams at Babs from her car “You don’t want to give me my son back, so I DO NOT want to film with you ever again in my whole f***ing life!” Babs responds by pointing out “If I get custody then you will have limited visitation!”

We also get to see Jenelle’s pregnancy reveal, which Barbara apparently found out about just like the rest of us — from the police report after she was involved in a car accident in which she had to reveal to the officer that she was expecting!

CHELSEA: Chelsea Houska continues to be a splash of feel good positivity as she lives out her “Somewhere DeBoer the Rainbow” fairy tale happy ending with Cole DeBoer. In the preview clip we get to see the joyful moment she reveals she is pregnant again. Later she happily tells Aubree “You’re gonna be a big sister!”

Ah, but even Chelsea’s story line has a little bit of negativity as her issues with Aubree’s dad Adam Lind apparently continue.

KAIL: It looks like this season is going to be all about Kail’s divorce from Javi — both the fallout from it and the real reasons it happened. Although MTV has been known to do some creative and a bit misleading editing with their trailers, it appears as though Javi accuses Kail of cheating on him at one point as he tells Kail “You never thought about anyone else. You weren’t thinking about me. You weren’t thinking about your two boys. You even opened your legs to some guy and that’s not a big f***ing deal?!” 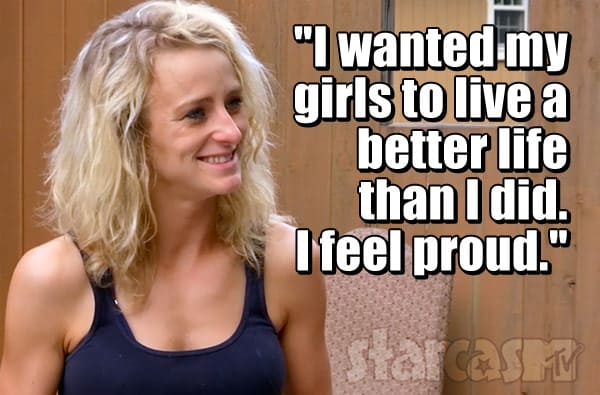 LEAH: Without a doubt, the biggest question mark this season will be Leah Messer. Unlike the other moms, it’s really hard to get a read on what Leah’s life is like when she’s not on camera. Will she be able to finally get her life back on track as she struggles with her anxiety, depression, and issues with her medication? Is she dating anyone? Does she need to be dating anyone? I certainly have my fingers crossed for Leah and as a viewer I’m hoping for some happy tearful moments!