It seemed like only yesterday when Legomaniacs in Japan built a Lego tower measuring 29.7 in height and earning a spot in the Guinness Book of World Records as the tallest Lego tower ever. But, that record was beaten by Legovergnügen-inspired Germans who managed a tower measuring 29.97 meters tall this weekend in Munich! (Why isn’t this a team sport in the Olympics? Forget synchronized swimming!)

The tower was started October 2nd and with the combination of over 500,000 Lego blocks and the help of child labor, it was completed on October 3rd. A Guinness Book official made the official measurement from atop a crane.

Though not quite as awesome as the actual-size Lego house built by James May, a 29-meter Lego tower is pretty damned cool! Actually, any World Record involving Legos is pretty much automatically cool! Well, except the world’s largest Lego Dick Cheney. Totally not cool. 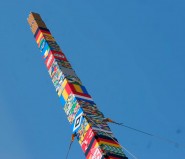 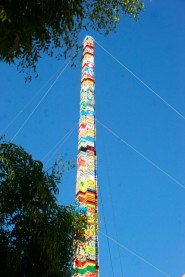 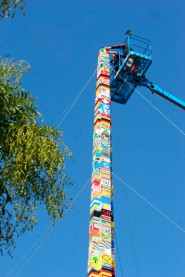 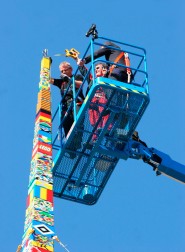 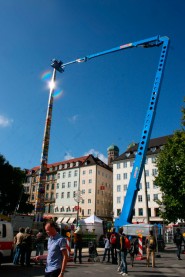 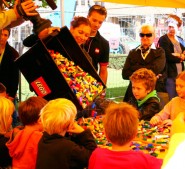 Little Tikes bounce house blows away with 3 children inside