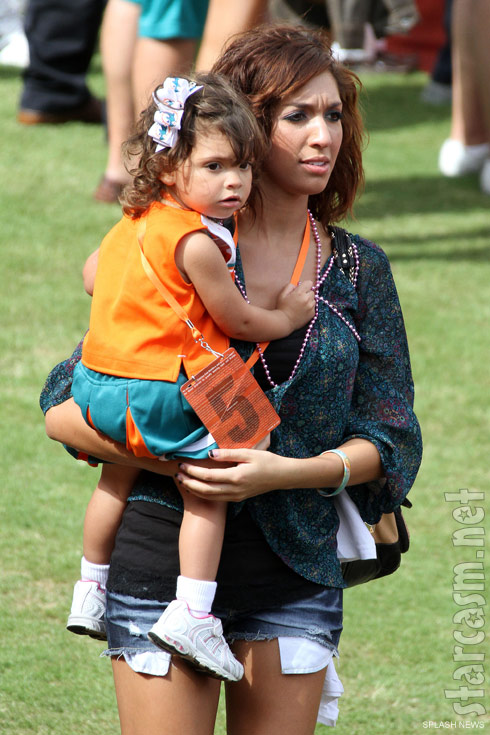 Since the Teen Mom Season 3 finale things have been kind of quiet on the Teen Mommarazzi front, leaving us to fake our own images in the form of Photoshopped Halloween costumes. But, the dry spell was broken earlier tonight when these pictures of Farrah Abraham and her daughter Sophia at today’s Miami Dolphins game came across the wire! 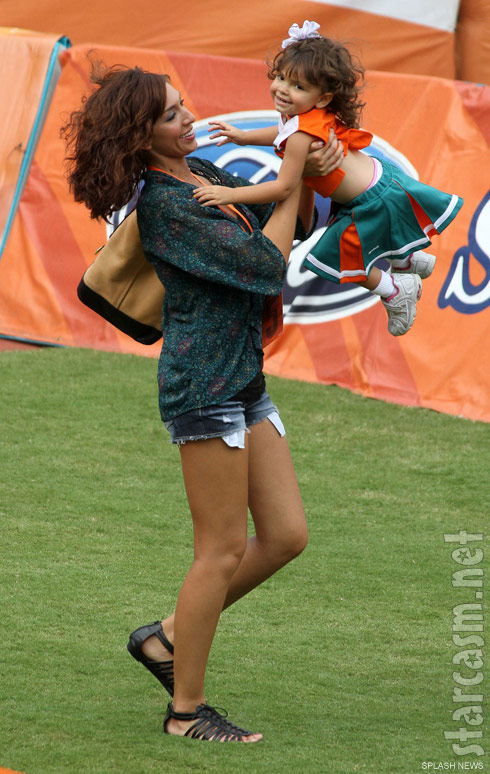 Farrah seems to continue fitting right in in South Florida as she once again turned out to support her local NFL franchise, this time electing to bring along Sophia for some sideline fun. Last time Farrah was at a Dolphins game we virtually decked her out in a Miami Dolphins cheerleader outfit, but this time it’s Sophia showing her fin fanaticism with a cute cheerleader costume! 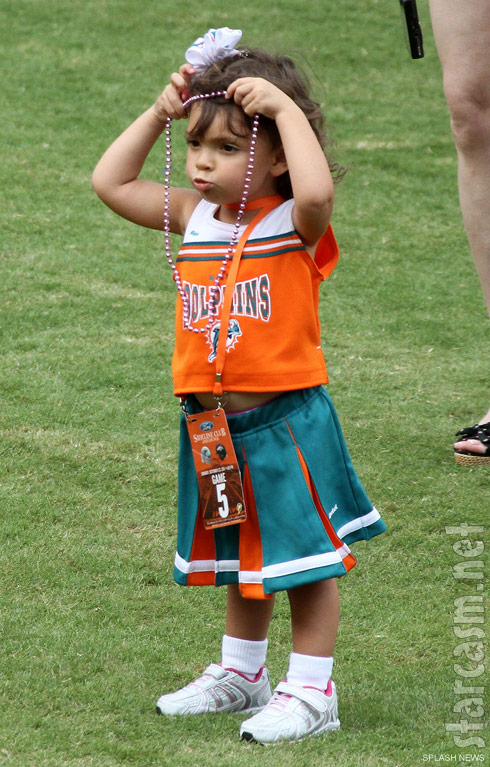 Farrah tweeted about her time at the stadium earlier tonight:

Sadly, the Dolphins lost a heartbreaker as University of Florida alum Tim Tebow made his triumphant return to the Sunshine State with a come-from-behind overtime win in his first start at quarterback for the Denver Broncos.

On a more positive note, it appears as though Sophia (and Farrah!) may have found a new friend! 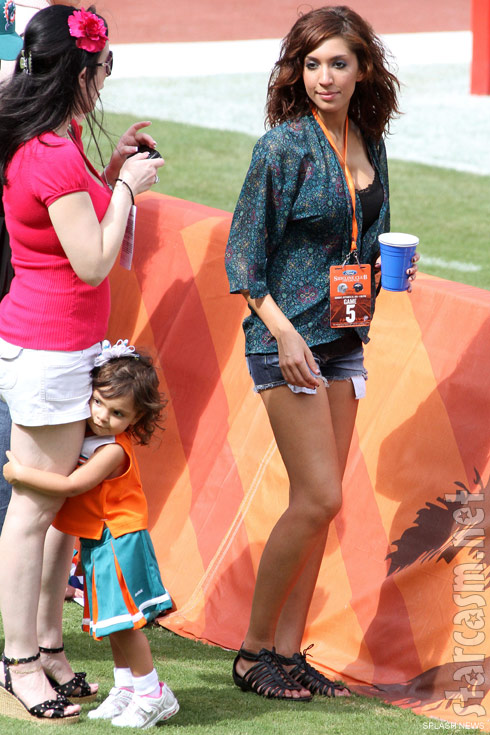 * In case you were wondering, it appears that Sophia won’t be wearing her Miami Dolphins cheerleader costume for Halloween because earlier in the day she and mom were seen out and about wearing matching Uggsy costumes! (Farrah had tweeted that she was seriously considering our Photoshopped suggestion of Princess Jasmine for her and Aladdin’s monkey Abu for Sophia, but decided to go with the colorful, googly-eyed monster instead. ***SIGH***)