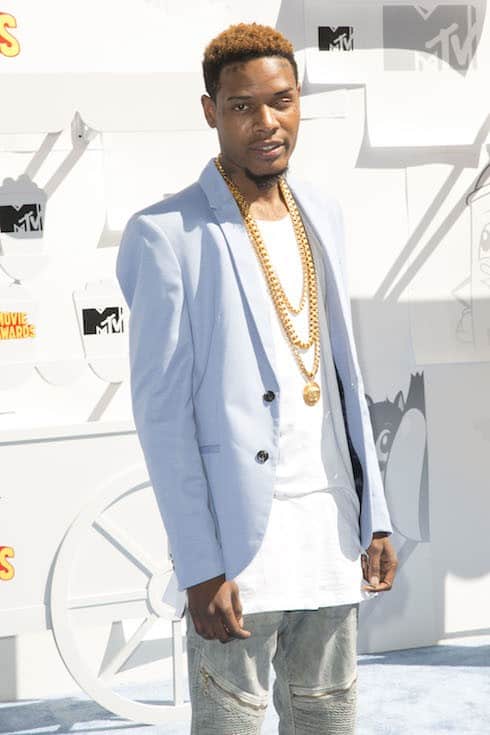 Does Fetty Wap have a son? The Love & Hip Hop Hollywood star’s most high-profile baby drama has been his paternity fight with co-star Masika Kalysha, but he and Masika’s daughter Khari is actually the 25-year-old rapper’s third child to date.

And, as far as that particular drama, it looks like relations are fast improving between Fetty Wap and Masika, despite being at an all-time low when she announced her pregnancy earlier this year. At first, Fetty completely denied that he was the father of the unborn child, which led to months of drama and squabbling; now, thanks to Khari’s birth and the passage of time, it looks like Fetty is happy to give co-parenting a real try, as evidenced by a just-released LHHH clip:

Fetty has yet to make his social media debut with his youngest child–it’s likely that she’ll become a part of his updates once Love & Hip Hop Hollywood has covered her birth. But Masika updates Instagram on the regular with new photos of Khari:

"Let's have a toast to the good life. Suicide before you see this tear fall from my eyes. Me and my baby we gon be alright… We gon live a good life…"

But: Cute though she may be, Khari doesn’t answer the initial question–does Fetty Wap have a son? And who are his other children?

Fetty’s son, Aydin, is also the oldest of his three children; his boy recently turned five. Aydin’s mother, Ariel Reese, has been a part of Fetty’s life for approximately a dozen years, per a VH1 report on the topic; her Instagram page is a veritable harvest of adorable shots of she and Aydin together, and often features photos of Fetty, along with praise for his parenting skills:

Aydin Zoovier's 5th Birthday❤️? We do it all for him❣ Prince of the Zoo? #family#love#starwars#happybirthday

5years ago today a little after my baby shower Aydin Zoovier Jr. decided to bless us with his presence lol everyone was drunk as hell in the hospital just waiting for him to come out an Here we are now celebrating his 5th birthday…Happy birthday Baby Boy❤️❤️ we love you

Congratulation to my awesome son's father on his @iheartradio award for best new artist. We knew you could do it.!! We love you!!!??❤️ #FettyWap

Fetty’s middle child, daughter Zaviera, is 17 months old–for those of you keeping a calendar, Zaviera was born about one year before Khari. Unfortunately, Fetty and Lezhae Zeona, Zaviera’s mother, are hardly on good terms; a recording of a violent argument between the two of them went public late last year, and threatened to derail the relationship completely. Since then, though, things between the two have calmed down enough that joint custody of Zaviera is no longer at risk:

(Photo credits: Does Fetty Wap have a son via VH1, Brian To / WENN.com)