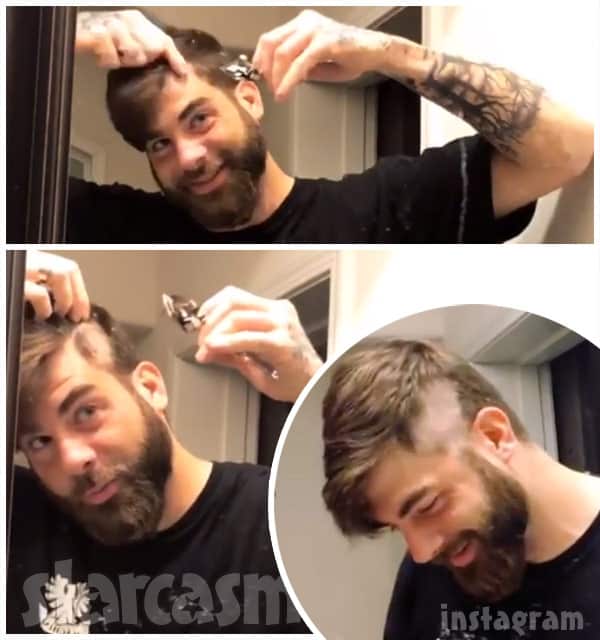 He may no longer have a Twitter account or a reality show, but former Teen Mom 2 star David Eason isn’t about to let a little controversy keep him off social media completely! Jenelle’s husband made an appearance in a series of video clips that she posted on her Instagram account hours ago, in which they both laugh as he shaves off his hair in front of a mirror.

A woman — I assume it is Jenelle — films the scene as David asks, “Do you really dare me?” David then begins to trim the hair on the side of his head with some sort of manual trimmer. He reveals a patch of bare skin and exclaims: “Oh, it works!”

David continues to trim and eventually shows off a sizable patch of bare skin. “Now I can get a tattoo right there,” David says as the woman laughs continously. It then sounds as though David is going to say: “I can get your name,” but he is cut off. 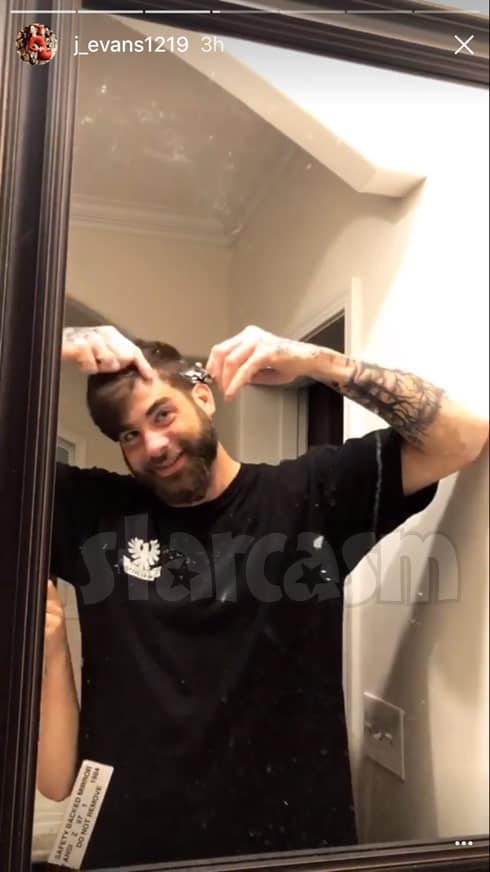 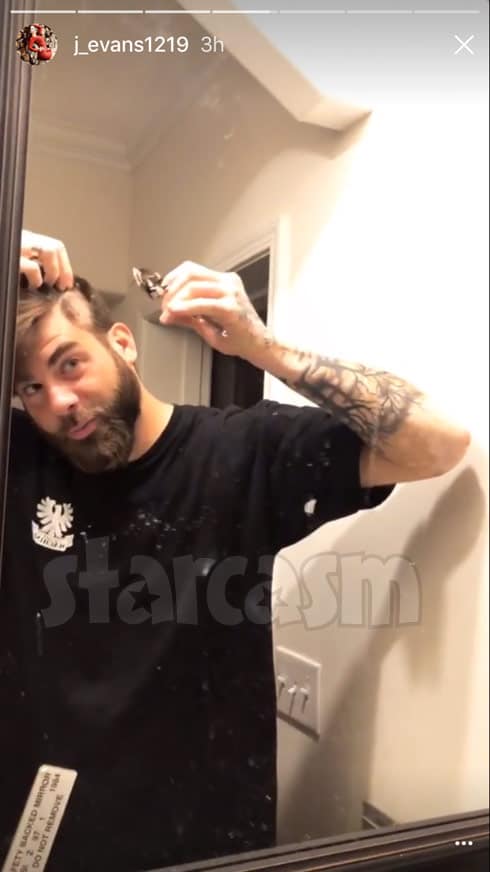 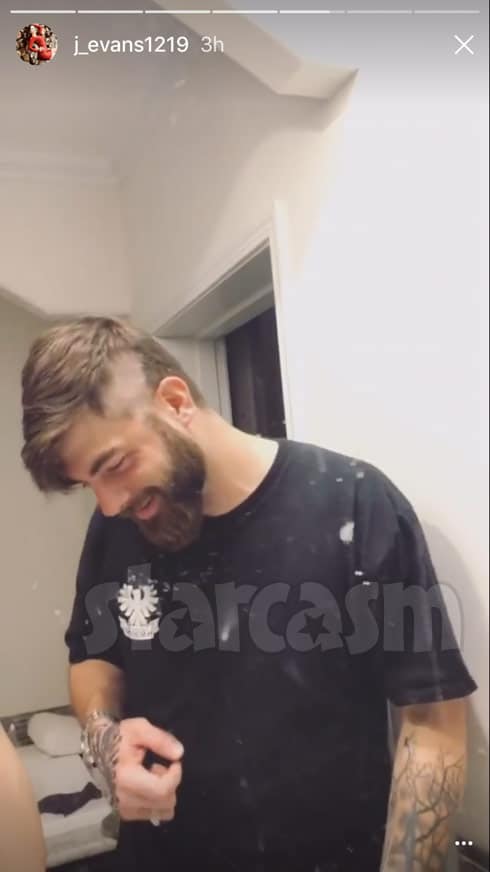 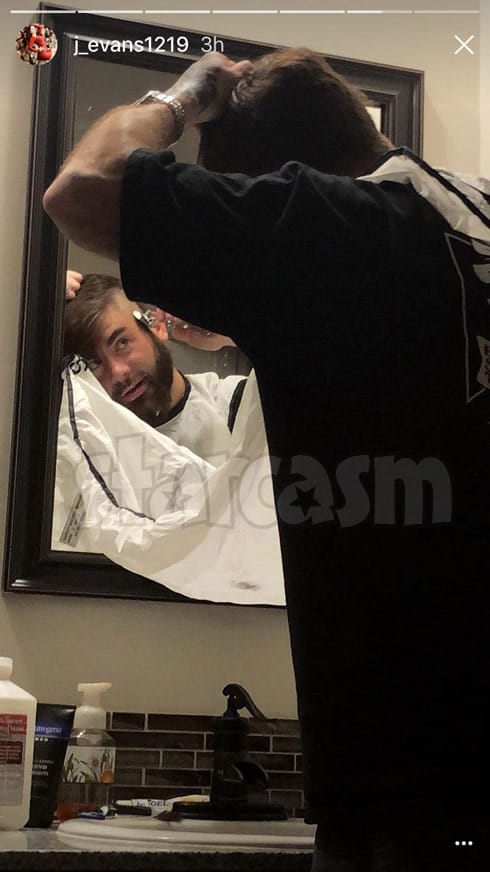 I’m not sure that shaving your head and laughing is a good publicity move for David given the perception people have of him after his tweets on Monday — it will inevitably have people thinking of Britney Spears or of skinheads. Then again, David obviously doesn’t seem too concerned about how he is perceived.

It’s important to note that Jenelle is not innocent of insensitivity either, it was her who posted the videos after all.

As we previously reported, MTV has already officially fired David Eason from Teen Mom 2, but it is still unclear what MTV will do about Jenelle. Of course, it may not be up to MTV at all if Jenelle decides (or is told) to quit because David was fired. The network has already demonstrated that it is not afraid part with a huge, headline-grabbing star by letting Farrah Abraham go from Teen Mom OG. And Teen Mom 2 would be an even easier transition because they already have a fifth mom in Briana DeJesus.

Show producers are reportedly meeting in New York tomorrow to discuss how they will handle all of this, so perhaps we will hear something official from them soon. Of course, if Jenelle decides to quit, then I assume we will here it from her on Instagram or Facebook first.

UPDATE – Another photo of the finished product, albeit covered with a hat: 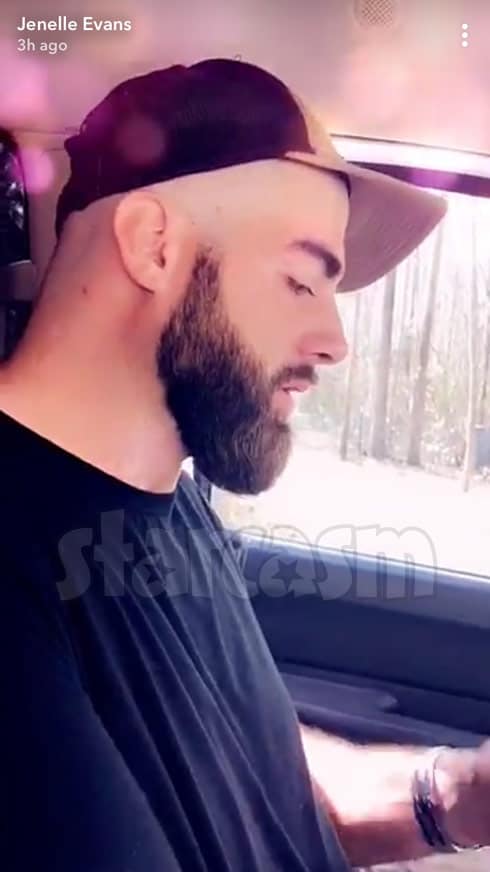 The photo was posted by Jenelle on Snapchat and features David singing along Jason Aldean’s “Show You Off.” In the clip we hear David sing “Drive em all crazy, watch all the boys hate me. Is that so wrong? Come on…”