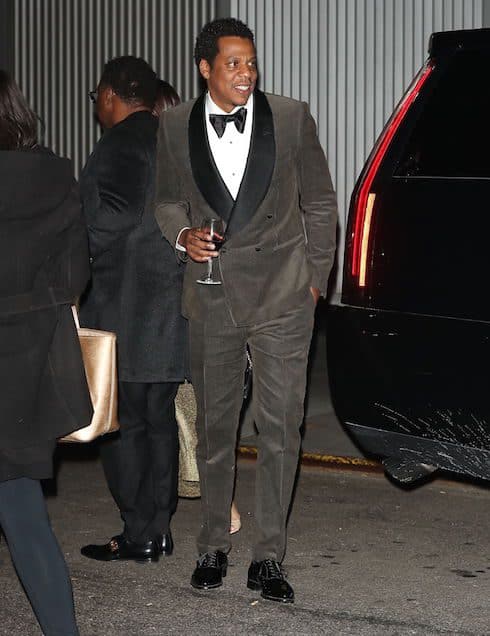 DLISTED – Jay-Z is the latest big name celebrity and / or major sport trophy winner to rack up a huge bar tab. He dropped $113,000 on booze at three New York City clubs this weekend — but, in typical big name celebrity / athlete fashion, he bought stuff that costs over $1,000 per bottle. Just once it would be amazing to see a six-figure tab spent on an entire bar full of people and made up of nothing but Jell-O shots and high gravity beer

REALITY TEA – The Real Housewives of New Jersey‘s Margaret Josephs is in some real trouble with the IRS. She would need two Hail Mary Jay-Z bar tabs just to keep her head above water

CELEBITCHY – The New York Times has been throwing out some impressively bad hot takes over the past few months, but this David Brooks column in the wake of the Parkland school shooting is blacked out at the wheel

THE BLEMISH – Jessica Chastain, in addition to starring in what feels like easily a half-dozen comic book movies and assorted high-concept Hollywood blockbuster-type films, is probably going to play the lead in the sequel to It as well

LAINEY GOSSIP –Jennifer Lawrence has been promoting Red Sparrow, her decidedly more mainstream follow-up to mother!, for the entire month of February, often outdoors. And if this photo gallery is any indication, she has turned down every offer for a coat

UPROXX – There will be a woman occupying the Oval Office before there’s a new Tool album, and anybody who tries to tell you different is Axl Rose