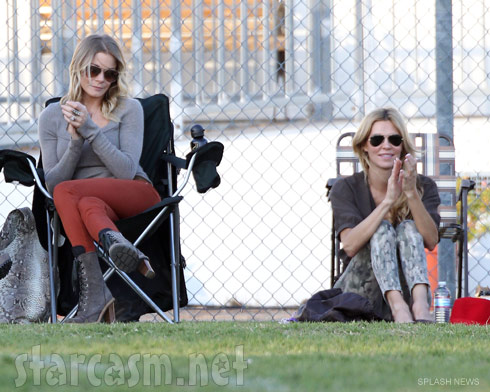 The Real Housewives of Beverly Hills star Brandi Glanville and singer LeAnn Rimes are embroiled in one of the most bitter feuds in all of Hollywood after LeAnn’s much-publicized affair with Brandi’s husband Eddie Cibrian in 2009. The two have exchanged vitriolic barbs via Twitter and the media, but have managed to maintain their distance from each other physically – at least as far as the public eye goes.

That all changed on Saturday when the two were photographed at Brandi and Eddie’s son Mason’s soccer game sitting within cat scratching distance of each other on the sidelines! Although neither appeared to speak to each other and you can clearly seen the unspoken tension between the two in the photographs, they appeared to keep things civil. 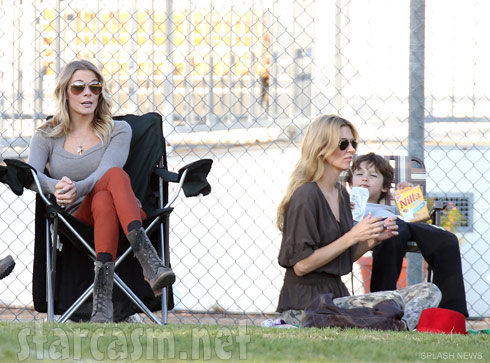 The day wasn’t completely without incident though, as LeAnn Rimes would later ratchet up her infamous taunting ways by all but making sweet love to hubby Eddie in a series of public displays of affection obviously intended to get a rise out of Brandi. 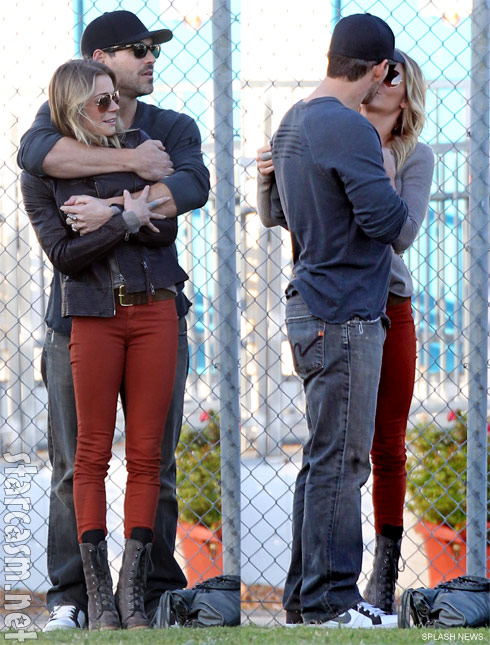 Kudos to Brandi Glanville for keeping her cool, something viewers of The Real Housewives of Beverly Hills will know is not the easiest thing in the world for her to do, especially when it comes to her family.

Also, both managed to refrain from Twitter barbs before during and after the game. Could there be peace in the valley in the near future?